Let’s start this New Year with a healthy bang! January is Healthy Weight Awareness Month. And, we’ve never needed it more! This year, you can learn to boost your metabolism and burn more fat for your own healthy weight.

Many of us are coming off a year in which life-stress was in overdrive. Food and cooking habits when downhill for many. The Holidays were a source of over-eating, over-drinking, and high-sugar comfort foods.

If this sounds like your 2020, it’s time to shake off the stress and look forward. It’s a New Year. You can get a new metabolism. Here are 12 ways to burn more fat 24 hours per day in 2021 AND how you can use your Keto Zone story to win Dr. Colbert’s new book (end of the article).

How Can You Get a New Metabolism and Burn More Fat?

While you may have been told your whole life that you cannot change your metabolism. That it’s calories in and calories out. If you want to lose weight you simply eat less and exercise more. If you’ve been told this, you have not been told the whole story.

There’s more to it. Sure calories, and maybe more importantly calories from carbs, matter some. But, what matters more is the health of your cells, the type of fat in your body, and your body’s fuel source. The secret of changing your metabolism lies in these 3 factors.

Here’s the thing. For years we were told that metabolism is simply a calculation of how many calories your body burns at rest. This is not “metabolism,” this is Basil Metabolic Rate (BMR) or Resting Metabolic Rate (RMR).

When most people talk about metabolism, this is the number to which they are referring. And, they’re right. Realistically, there are no metabolism-boosting habits for BMR.

However, the whole of your metabolism is much more than BMR. Your metabolism has to do with the consumption, breakdown, storage, and/or use of food as energy.  There are many factors that contribute to one’s metabolism.

Beyond your BMR, there are hormones and enzymes that influence the storage and breakdown of the nutrients, the cycle of hunger and feeling full, and the efficiency of metabolic processes. Your cells’ health is definitely influenced by nutrients, foods, and daily habits.

How to Improve Your Metabolism

There are 3 ways to improve your metabolism. You can:

Here are 12 ways to burn more fat in 24 hours, and change your metabolism.

It’s well accepted that exposing your body to cold temperatures can increase the conversion of beige to brown fat, and increase the activity of brown fat. However, the amount of cold-exposure time needed, and how long the effects last, is still not conclusive.

There is research to support both ice-cold showers and drinking ice water as mechanisms to recruit beige fat and increase calorie burn.

First, a 2003 study with 7 men and 7 women showed that drinking 500 mL (approximately 16 ounces) of ice water per day increased calorie output by ~100 calories per day. This increase was measured by indirect calorimetry (2).

Next, a blast of ice-cold water in the shower or an entire cold shower may increase beige fat conversion and thermogenesis. Your body will work, and burn calories, to keep you warm. What’s more, icy showers have been associated with healthy skin, immune system support, and better energy.

While it’s been hypothesized that diet affects brown fat, the nutrients and pathways had not previously been conclusive. Now we have some answers.

The conclusion? Coffee and its caffeine caused cells to increase the uncoupling protein in the mitochondria. Caffeine also caused an increase in activation of brown and beige gene markers (beige fat cells transition from white ones).

Intermittent fasting can affect weight and metabolism in several ways.

First, it reduces calorie consumption by limiting the time you eat. For most, this does not result in more daytime eating, but an overall reduction.

Then, it targets the health of your cells and body. It supports healthy cholesterol and triglyceride levels, healthy aging, healthy weights, normalized blood sugars, and more.

To fast 15-16 out of the 24 hours per day, finish eating at 7 pm each day, and fast with only non-carbohydrate liquids (like coffee) until 10 am or so. Then, utilize Keto Zone eating for 8 hours per day.

4. Add Green Tea Through the Day

Green tea has been found to increase thermogenesis. Since green tea contains both catechins and caffeine that can increase fat oxidation, it may work in different ways than by converting and activating brown fat. In fact, while many hypothesize that it can increase brown fat activity, studies do not substantiate it and more research is needed (4).

5. Spice Up Your Lunch

The main compound in chili peppers, capsaicin, can also boost your metabolism.

Capsaicin can help you lose weight in 3 ways. First, they promote fullness which can cause a reduction in calorie intake, especially when added to a Keto Zone diet. Then, they actually induce increased energy (calorie) expenditure after they are consumed. This means that they directly boost metabolism (5).

6. Get Up & Stop Sitting for Prolonged Hours

One way we assess metabolism is by how the body deals with foods after we eat. Do blood glucose, lipids, and insulin spike?

By breaking up prolonged sitting, you may be able to improve these metabolism outcomes. In fact, one recent study of 22 postmenopausal women (all of who had elevated blood sugars), found that breaking up sitting had a positive impact.

Both blood sugars and insulin were significantly improved when prolonged sitting (7.5+ hours) was broken up with either standing or walking. In fact, these benefits lasted into the next day.

What’s more, another study with 30 participants found metabolic improvements. Self-perceived energy and vigor, mood, levels of fatigue, and food cravings all improved when the prolonged sitting was broken up during the day (7).

So, set a time and stretch, walk, or head up some stairs every 2 hours.

7. Keep it Keto All Day Long

Keto Zone is your one-stop-diet-shop for improving your metabolism and burning more fat.

First, ketogenic diets have been shown to

Then, as you cut carbs, you can support insulin sensitivity and the health of cells. This helps them function better, oxidize more fat, and accumulate less.

Sometime during the day, any time, find time to get your heart rate up with high-intensity interval training (HIIT). For an added boost, add resistance training (weights).

Exercise provides many benefits to the body. Some of its benefits include the potential to increase brown fat activity and activation and increase thermogenesis.

Humans and animals have the potential to produce a hormone called irisin. This hormone is being studied for it’s potential in converting beige fat to brown fat (10). Irisin is found in higher amounts in more active humans than those who are sedentary. Irisin is best produced with high-intensity interval training is used for exercise. High-intensity interval training can be utilized with gym classes, online classes, or by simply doing aerobic exercise like swimming, jump-roping, or jogging at a comfortable speed, then more intense speed, and repeating.

What’s more, when you exercise and build muscle, your body continues to burn extra calories after you’re done, for up to 24 hours! That’s a big-time metabolism boost!

9. All Day: Load on the Healthy Fats

Keto is all about high fat consumption and low carbs. But, these cannot be just any fat.

They need to be healthy fat to fully support cellular health and metabolism. Should you use soybean oil? Canola oil? Vegetable oil? No way.

A few individual nutrients become even more important for metabolism as we age. They can increase metabolism by improving the health of cells and hormone balance.

11. Destress with Prayer and Meditation

Reducing cortisol is a huge component of healthy cells and metabolism. Chronically elevated cortisol is associated with reduced insulin sensitivity and fat accumulation.

In addition to healthy eating and exercise, prayer can significantly help you de-stress and reduce cortisol.

In fact, prayer has been shown to increase the secretion of neurotransmitters, such as dopamine, that decrease cortisol, promote relaxation, focus, and motivation.

Wind down with gratitude and prayer before hitting the hay.

And, there’s a Sleep Metabolism Boost!

Scientists have discovered that sleeping in a room between 60° and 67°F  can boost your metabolism. It increases your calories burn by 7% during sleep hours. It’s that brown fat at work again, keeping you warm (15).

What About You? Tell Us Your Keto Zone Metabolism & Health Story to Enter to Win!

How has the Keto Zone helped you burn more fat and change your metabolism (or weight and health) in the past weeks, months, or years?

We want to know! Send us your own testimonial regarding Keto Zone, Dr. Colbert’s Keto Zone books, and/or Keto Zone recipes. Simply text your unbiased testimonial with pictures or video to (407)512-9807 or email it to testimony@ketozone.com.

Each testimonial that includes a picture or video will be entered in a drawing to win Dr. Colbert’s new book, Dr. Colbert’s Healthy Gut Zone.

To make sure you are entered, send in your testimonial as directed above. Then, add a comment below and let us know you sent it in! Make sure to indicate if you sent a picture or video. A winner will be randomly chosen at the end of January 2021.

It’s a New Year, and yes, you can have a new metabolism. Use our tips to burn more fat, 24 hours per day! 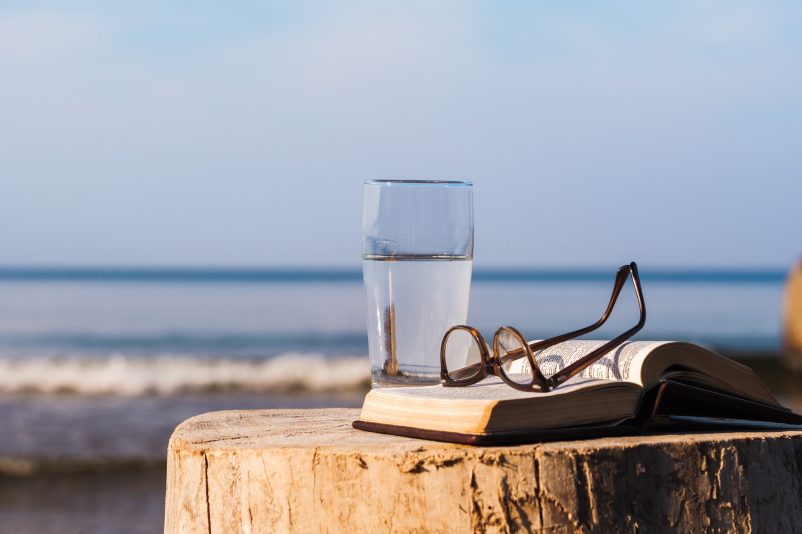 - Previous article « It’s a New Year! Are You Ready for The Daniel Fast? 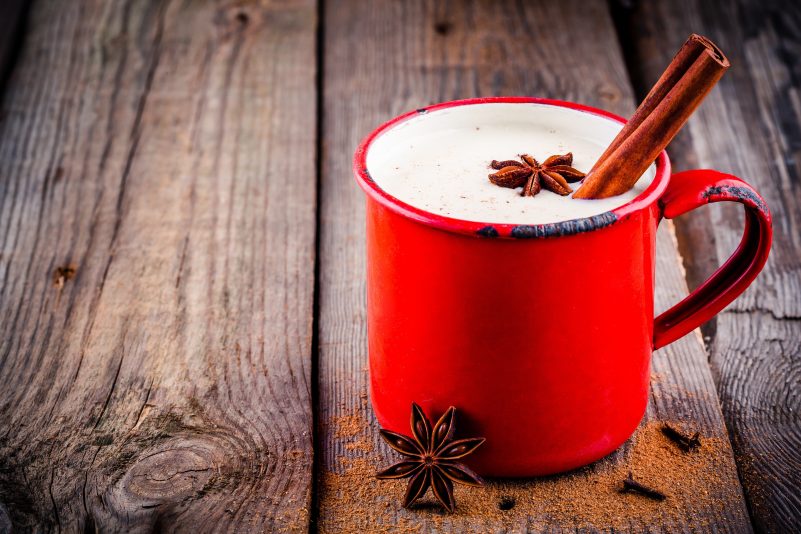 Next article - Your Eggnog Latte is Killing You. Here’s the Truth & A Great Alternative »