What are Ketones and Why is Everybody Talking About Them?

How long can you go without eating?

We all fast while we sleep (unless you get up for a midnight snack). That’s why the first meal of the day is referred to as breakfast – it breaks the fast.

Although most people in modern society seem unable to go more than a few hours without food, it actually turns out that the human body is designed to fast.

Before the proliferation of grocery stores and fast food chains, food was not as plentiful. There were cycles of feast and famine. In times of feast the body stores excess calories as body fat reserves so that during times of famine the cells are able to use the stored body fat as a fuel source. Think about a bear fattening up in autumn for a long winter of hibernation and emerging in the spring lean and hungry.

Most people think of carbohydrates as the primary fuel source of the body. However, in times of carbohydrate deprivation, most of the cells in the body are able to use fat for fuel, except for those in the brain. As the muscles and other organs begin to burn fat, the liver starts to produce ketone bodies. Also known as ketones, ketone bodies act as a fuel source for the brain.

When the brain begins to use ketones for fuel, cognitive ability and mental focus increase, bodily functions become more efficient, and fat metabolism kicks into high gear. This is referred to as ketosis or the Keto Zone.

It turns out that ketosis is actually the natural state of human metabolism. From the moment human children are born and begin consuming mother’s milk, they are in a mild state of ketosis. It is not until the introduction of a consistent supply of high sugar and starch foods that a human’s metabolism will switch out of a state of ketosis.

As children we begin consuming copious amounts of candies, breads, pastries, pastas, and treats and over time the metabolism loses it’s ability to use fat for fuel.

Chronic carbohydrate consumption has been the result of decades of low-fat diet advice coupled with the myth that it is best to eat every couple of hours to keep the metabolism strong. This is only because everyone is addicted to sugar!

In fact the average American will consume around 66 pounds of added sugar per year! And this number does not even include the carbohydrates from all of the bread, potatoes, pasta, biscuits, tortillas, chips, and crackers that are so common in the American diet as well.

The modern epidemics of obesity, diabetes, and dementia are a direct result of increased sugar consumption. In fact, Alzheimer’s disease is now being called “type 3 diabetes” by many physicians and researchers.

When blood sugar levels are chronically elevated the body must produce tremendous amounts of insulin to keep things in balance. Too much insulin for too long reduces the body’s insulin sensitivity leading to pre-diabetes and eventually type 2 diabetes.

The excess sugar also switches the body into “feast” mode causing it to store fat for the next famine.

The problem is that in our modern lives we are always in feast mode and the famine never comes.

Thankfully, the solution is easy and natural.

The Keto Zone is a state of nutritional ketosis, or keto adaptation, where the cells are burning fat for fuel. This includes belly fat, fat on your thighs, your hips, and even the visceral internal fat which is the most dangerous body fat to have.

The Keto Zone diet is also high in low-carb vegetables and herbs.

As well as other cruciferous vegetables like:
Broccoli
Cauliflower
Brussels Sprouts
Cabbage

It is also important to get pre-biotic fiber from the allium family of vegetables such as:
Garlic
Onion
Chives
Shallots
Leeks

To enter the Keto Zone, carbohydrates must be kept under 20 grams per day. For a healthy person it can take around 3 days for full keto adaptation to occur. For those who are pre-diabetic or who have full blown type 2 diabetes it can take 5-7 days or maybe longer.

During the transition period as the body remembers how to use fat for fuel and the metabolic pathways for burning fat are re-established, some people may experience very mild symptoms such as brain fog, fatigue, minor headache, or nausea.

This is referred to as the “keto flu,” due to the flu-like symptoms.

To help combat keto flu symptoms, the Keto Zone diet includes the use of specially designed supplements that increase fat digestion and absorption, balance appetite, and provide adequate fuel for the brain so you can transition effortlessly into the Keto Zone.

Learn more by picking up my newest book “Keto Zone Diet” at www.KetoZone.com, where you can also find all the Keto Zone supplements and lifestyle suggestions. 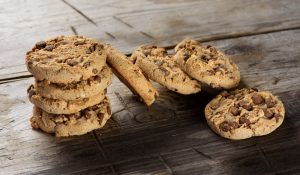 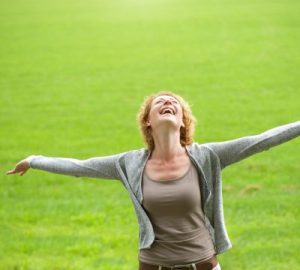 Next article - How You Can INSTANTLY Enter the Keto Zone! »