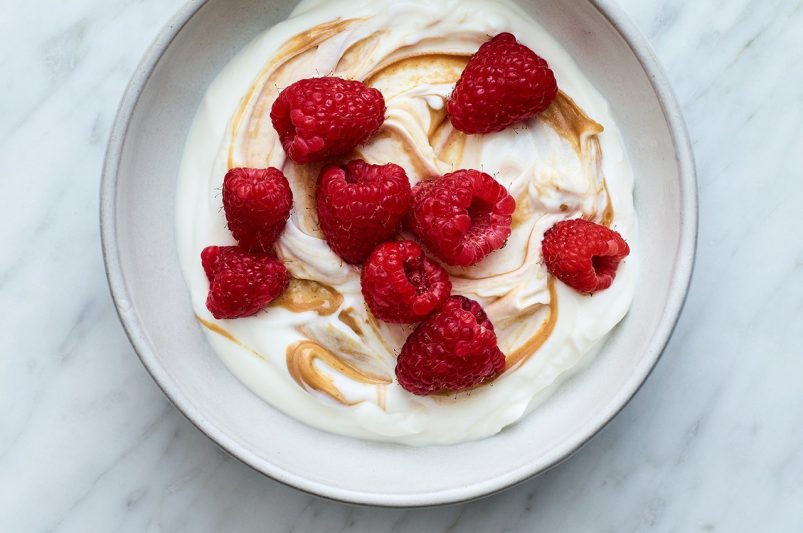 Is Yogurt Allowed On Keto Zone?

Is yogurt allowed on Keto Zone?

If you tolerate dairy, a small amount of plain yogurt can fit into your diet. Yogurt is a great source of lactobacillus acidophilus — one of the most predominant healthy gut bacteria in the human flora.

We have all the tips to get more nutrients out of your yogurt, as well as a recipe to magnify the l. acidophilus while vastly decreasing the carbohydrates and sugars.

Below we provide details on the do’s and don’ts of choosing a keto-friendly yogurt, how to make a basic high-probiotic yogurt, and an extra recipe for Keto Zone Raspberry Yogurt.

Is Yogurt Allowed on Keto?

Like many foods, eating yogurt on keto depends on the number of carbohydrates. Even though you’re supposed to stay clear of high-carb foods, there are still high-carb foods that contain a lot of health benefits. For example, blueberries are very effective at reducing blood pressure.

But, to stay in ketosis, it’s vital to keep net carbohydrates around an approximate 25 grams per day.

Where does yogurt fit in?

High-fat, plain yogurt shouldn’t have more than 12 grams of carbohydrates per cup. The carbohydrates in yogurts are lactose, or sugar from milk, and are very slow-digesting compared to sucrose or glucose.

One-fourth cup of plain yogurt, then, should only have 3 grams of carbs, which is an amount that can easily fit into a keto diet.

Below you’ll find how to buy commercial yogurt at the store. Then, how to make the low-carbohydrate, highest-probiotic yogurt possible at home.

Many commercial yogurts belong in the candy aisle more than the dairy aisle.

Some yogurts are fluorescent green; some contain more sugar than jelly beans. Some yogurts are loaded with so many flavorings, colorings, and carbohydrates, they’re hardly recognizable as the ancient, traditional, functional health food that yogurt really is.

Yogurt has been used for centuries as a healthy gut promoter and high-fat protein food. It’s a shame to see how manufactured modern yogurt has become.

Use our below list of “Do’s” and “Don’ts” for choosing commercial yogurt allowed on Keto Zone:

Don’t choose any yogurts with:

Do Choose Yogurts with:

Try homemade yogurt that is fermented for 24 hours for a yogurt allowed on Keto Zone, without question. For this recipe, you’ll need an Electric Pressure Cooker/Instant Pot with the Yogurt Function. However, you can also find many non-Instant Pot recipes that use a conventional oven or yogurt maker online.

The advantages of an Instant Pot is its ability to make large amounts of yogurt at once, and it’s almost foolproof (after making yogurt with a conventional oven for 10+ years, the Instant Pot made it significantly easier!)

When made with only live cultures and milk, the sugars or carbohydrates in yogurt are lactose. After live cultures are added, the milk is allowed to ferment between 100 and 110 degrees Fahrenheit, which allows the lactobacillus acidophilus to eat up all the sugars.

Live cultures will eat for about 24 hours, converting virtually all the lactose to lactic acid (which is not a carbohydrate). Although it’s not well tested, 24-hour yogurt, hypothetically, doesn’t contain carbohydrates. If you are strictly counting macros, you can rest assured our high-probiotic yogurt contains less than 12 grams of carbs per 8 oz. 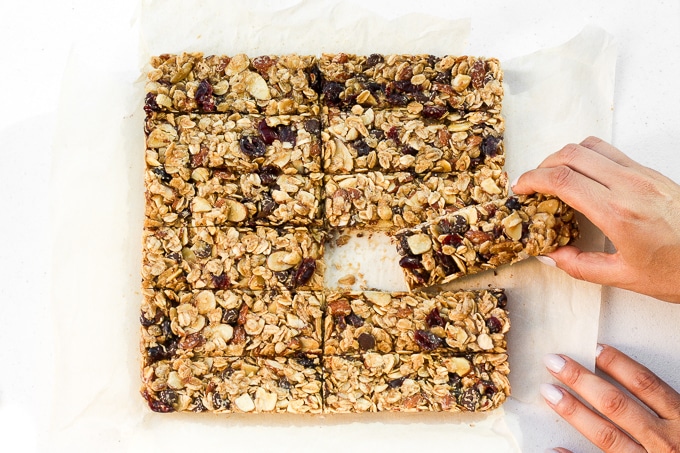