It is well known that ketogenic diets like the Keto Zone Diet are powerful for lowering inflammation in the brain.

Many studies have observed the neurological benefits of the diet, including treatment of epilepsy, Alzheimer’s, and Parkinson’s disease.

However, the exact biological mechanism through which these benefits were achieved has been a mystery.

The journal Nature Communications has published new research led by Dr. Raymond Swanson, professor of neurology at the University of California, San Francisco. The study uncovered the mechanism through which the keto diet reduces brain inflammation.

The Keto Zone is the metabolic state where the body is optimized to burn ketones (fat) for fuel instead of glucose (sugar).

Modern processed food diets are loaded with added sugars which hinder the body’s ability to make the shift over to fat burning. By eliminating sugar, starches, and other carbohydrates from the diet, the cells are allowed to switch over to fat as the primary energy source.

For the study, Dr. Swanson and his team recreated the Keto Zone with a molecule called 2-deoxyglucose (2DG).

The 2DG molecule can stop glucose from metabolizing which leads to the same metabolic state  as the Keto Zone Diet. The research showed that when this molecule was given to rodents and in vitro cells, brain inflammation was drastically reduced by the resulting metabolic shift to a ketogenic state.

Dr. Swanson said he was “surprised by the magnitude of our findings. Inflammation is controlled by many different factors, so we were surprised to see such a large effect by manipulating this one factor. It reinforces the powerful effect of diet on inflammation.”

The restricted glucose metabolism caused by 2DG leads to a lower ratio of NADH/NAD+. Dr. Swanson explains this ratio by saying, “NAD+ and NADH are naturally occurring molecules in cells that are involved in energy metabolism.”

“Cells convert NAD+ to NADH, as an intermediary step in generating energy from glucose, and thus increase the NADH/NAD+ ratio.”

As this ratio is lowered, a protein referred to as CtBP is activated and begins to turn off inflammatory genes. Dr. Swanson explains that “CtBP is a protein that senses the NADH/NAD ratio and regulates gene expression depending on this ratio.”

This is why Dr. Swanson and his team designed the 2DG molecule. They theorized that by removing the inhibition of CtBP they could keep the protein active, thus blocking inflammatory genes in an imitation of the ketogenic state.

Dr. Swanson believes that the research conducted by his team is particularly important because it uncovered a causal mechanism instead of simply reporting on an association.

“Most scientists,” he told Medical News Today, “are reluctant to accept cause-effect relationships between events in the absence of a defined mechanism. Here we have provided a biochemical mechanism by which diet affect inflammatory responses.”

Dr. Swanson also shared his plans for future research. “Our work was very focused on brain trauma,” he said, but “next steps will be to expand the list of pro-inflammatory conditions that can be modulated by the CtBP mechanism.”

This is because these findings could apply to other conditions characterized by inflammation such as diabetes.

The Keto Zone Diet is a ketogenic diet that now only provides the inflammation lowering benefits found by Dr. Swanson and his colleagues, but also allows you to burn stubborn body fat while increasing your energy and focus and decreasing your appetite, virtually eliminating cravings. 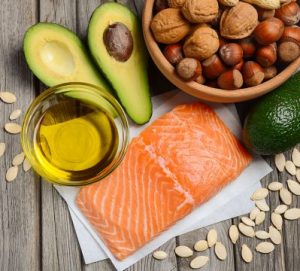 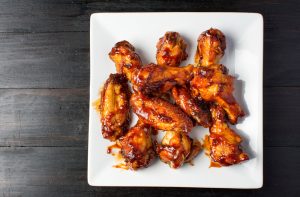