Fight Dementia With This Healthy Beverage

A staggering 47 million people suffer from dementia worldwide. Another 9.9 million cases are diagnosed each year. This number is predicted to rise close to 75 million by 2030 and reach 132 million by 2050!

Many studies have linked neurodegeneration to lifestyle factors such as poor diet and inadequate exercise. In fact, Alzheimer’s disease is now being referred to as “type III diabetes” by many researchers and physicians.

This is because of the apparent link to neurodegeneration and insulin resistance from the excess consumption of sugar and the inflammation associated with consuming unhealthy fat.

How Green Tea May Help

Past studies have linked green tea to a reduced risk of heart disease, diabetes, and cancer. Several studies have also demonstrated green tea’s ability to speed up metabolism and reduce weight.

Much of this prior research revolved around the primary polyphenol in green tea called epigallocatechin-3-gallate or EGCG. EGCG is known to have have a host of benefits including antioxidant, anti-inflammatory, and cardioprotective properties.

However, the ability of EGCG to directly influence diet induced insulin resistance and therefore prevent the onset of cognitive impairment had not been firmly established. Fortunately new research has shown that this may in fact be the case.

In a new study published in The FASEB Journal, researchers examined the effects of green tea on mice. The goal was to investigate the ability of green tea to help alleviate high-fat and high-fructose (HFFD) induced insulin resistance and cognitive impairment.

The research was led by Xuebo Liu, from the College of Food Science and Engineering, Northwest A&F University in China. Liu and his team split their 3-month-old mice into three groups.

The first group served as the control with a placebo diet. The second group was fed the HFFD diet. The third group was given the HFFD diet plus 2 grams of EGCG per liter in their drinking water. All three groups were also subjected to cognitive tests such as the Morris water maze memory test.

The mice in the HFFD group also took longer to complete the cognitive and memory tests than their peers in the control group and the HFFD and EGCG group. The mice who took the EGCG supplement were significantly quicker in finding their way through the maze and usually found a shorter and more efficient path.

These results suggested to Liu and his team that, in addition to acting as an antioxidant and anti-inflammatory, EGCG was acting as neuroprotective in the mice. The addition of EGCG to the diet seems to reduce the cognitive impairment and neurological damage associated with high fat, high-fructose diets.

According to Xuebo Liu “The ancient habit of drinking green tea may be a more acceptable alternative to medicine when it comes to combatting obesity, insulin resistance, and memory impairment.”

Thoru Pederson, Ph.D., Editor-in-Chief of The FASEB Journal added that “many reports, anecdotal and to some extent research-based, are now greatly strengthened by this more penetrating study.”

For a delicious and convenient way to obtain the powerful benefits of green tea, stock up on Dr. Colbert’s Fermented Green Supremefood today! 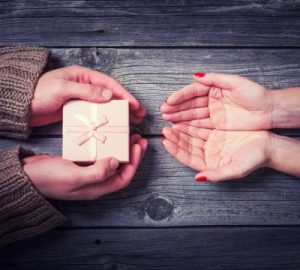 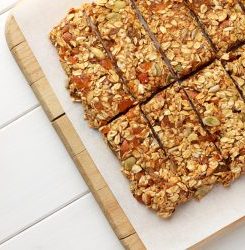