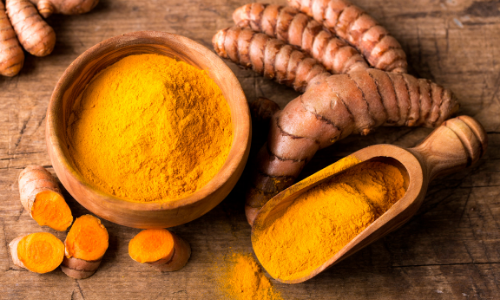 You have probably already heard about the therapeutic effects of turmeric consumption. This is because there are over 6,000 studies showing the healing potential of this super herb!

Although turmeric is a common spice that can be found in most people’s kitchen cabinets, don’t let its ubiquitous nature fool you. This powerful plant packs quite a punch!

The primary active compound in turmeric is called curcumin. Curcumin has been shown to have anti-inflammatory and antioxidant properties.

Unfortunately, curcumin is not significantly bio-available by itself. Fortunately, it has been found that the active component of pepper, called piperine, can increase absorption of turmeric by up to 2,000%!

Curcumin is also fat soluble. This means absorption will be enhanced if curcumin if consumed with a healthy fat such as grass-fed ghee or coconut oil.

It is interesting to note that turmeric has been paired with black pepper in curry dishes for thousands of years in India.

This is the fundamental property from which all of turmeric’s health benefits are derived. Inflammation is at the foundation of all disease, from cancer to diabetes to heart-disease.

Acute inflammation is a healthy response that can help fight pathogens and heal wounds, however when inflammation becomes chronic it can lead to disease.

This is why turmeric is so effective in managing inflammatory conditions such as rheumatoid arthritis.

Due to its anti-inflammatory capabilities, turmeric is extremely effective at treating pain.

The European Journal of Pharmacology published research that found that curcumin can activate the opioid system in diabetic rats. The opioid system is the same system targeted by heavy-duty pharmaceutical drugs.

The U.S. Army Institute of Surgical Research has suggested that, curcumin could be used in lieu of conventional medications to treat burns.

Oxidation is the process through which high reactive molecules with unpaired electrons called “free-radicals” steal electrons from parts of cells such as proteins, cell walls and DNA.

Antioxidants protect cells from the damaging effects of oxidation by neutralizing free radicals before they can cause harm.

Curcumin is not only a potent antioxidant itself, but it also boosts the body’s own endogenous production of anti-oxidants as well.

Turmeric has been shown to increase levels of an extremely important factor in brain health called Brain-Derived Neurotrophic Factor (BDNF). BDNF is a type of growth hormone that triggers brain cell development, something once thought to be impossible.

Decreased levels of this hormone have been correlated with degenerative brain diseases such as Alzheimer’s disease.

The leading cause of death, globally, heart disease is especially a concern for Americans.

Turmeric has been found to improve the function of the lining of the blood vessels called the endothelium.

Dysfunction of the endothelium is one of the primary contributors to the development of heart disease. The endothelium regulates blood pressure, blood clotting, and various cardiovascular functions.

The journal Phytotherapy Research published a study in which 60 volunteers with a major depressive disorder, such as manic depression, were given either curcumin, Prozac or a combination of the two.

Turmeric was found to be as effective as Prozac at treating the symptoms of depression without the negative side effects!

Since turmeric has such profound antioxidant capabilities, it is no wonder that it is also a potential anti-aging super herb! By protecting cells from free-radical damage, turmeric can slow the rate of oxidation in the body and therefore slow the rate of aging!

It is unclear at this time exactly how powerful the anti-aging potential of turmeric is, but when it is paired with piperine for optimal absorption, it is likely to graceful and healthy aging.

You can receive the benefits of turmeric consumption with just a couple of capsules per day of Dr. Colbert’s High Potency Turmeric with Bioperine. Bioperine is a powerful form of piperine that helps increase the bioavailability of the curcumin in turmeric thus optimizing the effects.

Order a 90-Day Supply today to receive 15% off the price of a single bottle! 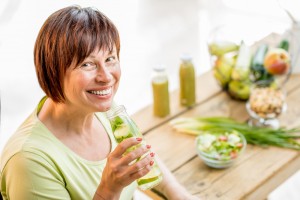 - Previous article « Is Detox Right for You? 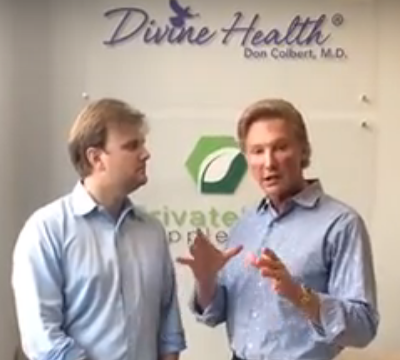