Are you looking for an energizing and nutritious alternative to coffee that has less caffeine and more nutrients? Then yerba mate may be for you.

Yerba mate is sourced from the leaves of the Ilex paraguariensis plant, an evergreen holly native to South America. Although originally consumed in its wild form by the indigenous Guarani people, yerba mate was first cultivated by Jesuit missionaries.

Traditionally, the leaves are dried and brewed in to a tea that is consumed from a gourd-like vessel. Often consumed in a ceremonial setting in which a gourd of tea would be passed around a circle and shared communally. In modern times, these gourds have a metal straw which filters out the leaves from the liquid.

The mental effects of yerba mate consumption include increased energy and enhanced focus, clarity, and alertness. These benefits come without the negative side effects of coffee such as the jitters and eventual energy crash.

This is because yerba mate contains three synergistic stimulants that balance each other out to provide a clean and smooth boost of energy. These stimulants are: caffeine, theobromine (also found in chocolate), and theophylline.

Not only does yerba mate increase energy and enhance brain function, but it is also so packed with nutrients that the Pasteur Institute and the Paris Scientific Society claimed that it contains “practically all of the vitamins necessary to sustain life.”

That is saying a lot!

Yerba mate has 90% more antioxidants than the powerhouse green tea. It is also loaded with vitamins and minerals. The vitamins it contains are vitamins A, C, E, B1, B2, Niacin (B3), B5, and B Complex. It also contains minerals like calcium, iron, selenium, potassium, magnesium, phosphorus, and zinc.

The performance enhancing effects of caffeine are well known. Yerba mate’s unique blend of caffeine with theobromine and theophylline only magnifies these effects.

Yerba mate may have such a dramatic impact on athletic performance that it can help increase weight loss percentage.

In a study of healthy men and women, 1 gram yerba mate capsules before exercise was found to burn 24% more fat during moderate-intensity exercise!

Don’t Drink it Too Hot!

Interestingly, it has been found that hot drinks such as yerba mate, coffee, and tea can cause damage to the esophagus, larynx, and oral cavity when consumed at too high of a temperature. This effect is particularly notable in those who smoke regularly.

So if you choose to drink yerba mate or any other heated beverage, allow it to cool slightly before beginning to drink.

An Even Better Alternative

If you would like to receive the benefits of yerba mate consumption without the hassle of preparation or the slight danger associated with overly hot beverages, then you can drink Fermented Sports Supremefood which contains mate extract. 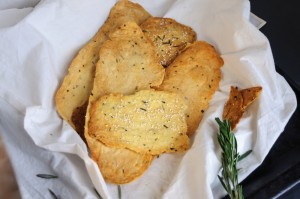 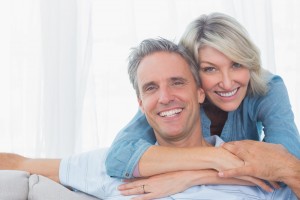 Next article - Prostate Protection From Beta-Sitosterol »