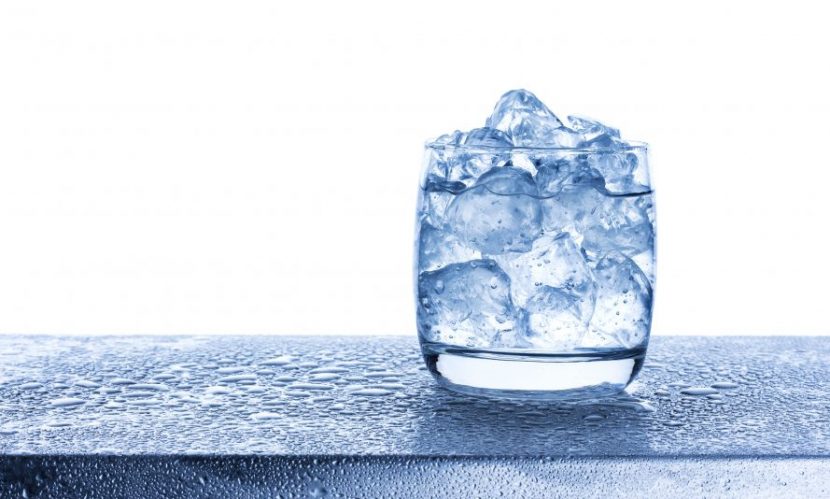 Have Enough Brown Fat? 3 Ways to Slim Down with Brown Fat

Here is the information you need to know about brown fat, and 3 ways you can increase your brown fat stores.

What is Brown Fat?

White fat is likely the fat you think about most on your body. It’s the fat most people are trying to lose. It stores energy that has accumulated in fat droplet cells. It works to keep you warm and provides insulation for your organs. Unfortunately, excess white fat is also associated with chronic disease and obesity, especially when it has accumulated around the midsection of the body.

Brown fat, on the other hand, actually burns calories.  While it does store smaller amounts of energy, it’s packed with mitochondria. Mitochondria are the components in cells that produce energy. It’s this high density of mitochondria that gives these cells their brown color. When brown fat “burns,” it creates heat in the body, using a process called thermogenesis. Thermogenesis is a calorie output.

What’s more, brown fat stimulates metabolic benefits in the body beyond thermogenesis. It is now thought that brown fat secretes factors that influence the body’s fuel usage and energy metabolism (1).

Technically, there is a third type of fat. This type is somewhere in the middle of the spectrum between white and brown fat, and it can be converted to brown fat with lifestyle changes. It’s this type of fat that has the potential to improve your metabolism and health. This fat is often referred to as beige fat.

Brown Fat Throughout the Lifecycle

Although most babies seem like they are made mostly of chubby, cute “baby fat,” they actually have the highest percentage of brown fat. In fact, a baby’s body mass is made of approximately 5% brow fat (2).

Historically, scientists believed brown fat was “lost” from infancy to adulthood, and that adults simply didn’t store any. However, they now know adults have small and varying amounts of brown fat and beige fat that can be activated into brown fat.

3 Ways to Increase Brown Fat in Your Body

Since increased brown fat is associated with increased calorie burn and reduced obesity, it’s certainly worthwhile to find ways to increase your own brown fat if possible.

Everyone has at least a small amount of brown fat, derived from the amount with which you were born. Here’s how to increase these stores by converting beige fat to brown, and increasing overall thermogenesis in the body.

Exercise provides many benefits to the body. Some of its benefits include the potential to increase brown fat activity and activation and increase thermogenesis.

Humans and animals have the potential to produce a hormone called irisin. This hormone is being studied for it’s potential in converting beige fat to brown fat (3). Irisin is found in higher amounts in more active humans than those who are sedentary. Irisin is best produced with high-intensity interval training is used for exercise. High-intensity interval training can be utilized with gym classes, online classes, or by simply doing aerobic exercise like swimming, jump-roping, or jogging at a comfortable speed, then more intense speed, and repeating.

What’s more, when you exercise and build muscle, your body continues to burn extra calories after you’re done, for up to 24 hours!

The first way to slim down with brown fat is to utilize high-intensity interval training and exercise regularly.

2. Add Some Ice-Cold Water to Your Day

It’s well accepted that exposing your body to cold temperatures can increase the conversion of beige to brown fat, and increase the activity of brown fat. However, the amount of cold-exposure time needed, and how long the effects last, is still not conclusive.

There is research to support both ice-cold showers and drinking ice water as mechanisms to recruit beige fat and increase calorie burn.

First, a 2003 study with 7 men and 7 women showed that drinking 500 mL (approximately 16 ounces) of ice water per day increased calorie output by ~100 calories per day. This increase was measured by indirect calorimetry (4).

Next, a blast of ice-cold water in the shower or an entire cold shower may increase beige fat conversion and thermogenesis. Your body will work, and burn calories, to keep you warm. What’s more, icy showers have been associated with healthy skin, immune system support, and better energy.

There are also many potential nutrients and foods that may activate brown and beige fat. However, confirmed study results are lacking. Most studies show that very high amounts of a specific nutrient can increase brown fat activity, enzymes that convert beige fat, and/or body thermogenesis. These studies are mostly lab and animal studies, and can only be applied to human health hypothetically.

So, there are limitations.

On the other hand, the nutrients being studied are typically associated with lower body fat and weight in other ways. What’s more, they promote overall health, reduced inflammation, and reduced oxidative stress in the body. So whether or not they pan out as brown-fat stimulators, they are great for your body. Some nutrients being studied for increased brown fat include:

Capsinoids: Capsinoids are compounds found in chili peppers. They are what gives chilies their spicy tastes. And, they are known to enhance thermogenesis and calorie expenditure. At least one study has shown that this effect is more pronounced in humans with higher levels of brown fat (5), although the direct mechanism is not known.

Curcumin: Animal studies have found that curcumin, the most active compound in turmeric, may affect the conversion of beige fat to brown fat in rodents, at very high doses (6). Curcumin also provides many health benefits in humans, supporting reduced inflammation and oxidative stress.  While there are no studies showing its ability to increase brown fat in humans it can be a healthy compound to include in your diet via foods and supplements.

Green Tea: Like curcumin and capsaicin, green tea has been found to increase thermogenesis. Since green tea contains both catechins and caffeine that can increase fat oxidation, it may work in different ways than by converting and activating brown fat. In fact, while many hypothesize that it can increase brown fat activity, studies do not substantiate it and more research is needed (7).

Berberine: Berberine is a chemical found in many plants and is often taken via supplements to improve blood sugars, cholesterol, and weight loss. In studies, it has been found to stimulate brown fat activity and beige fat conversion in mice. The exact mechanism is not known at this time, and the amounts needed are likely very high. Berberine holds promise, but more research is needed to establish its effects on human brown fat tissue (8).

Fish Oil Eicosapentaenoic Acid (EPA): Although fish oil is often associated with reduced fat stores, it’s also involved with brown fat thermogenesis. Furthermore, some research has found that EPA is linked with increased brown fat formation in mice and human cell lab cultures. While more research needs to be done to confirm its effect on human brown fat tissue, it is well-established that EPA from fish oil supports human health (9, 10).

All in all, it seems that a Salmon Curry with Thai chilies and turmeric, and a side of green tea, would be a good start for increased brown fat.

While there is potential to increase brown fat in the adult human body, these lifestyle changes take time and effort. Luckily, they are all habits that also improve overall health and wellbeing. An exercise routine that includes interval training, ice-cold showers and drinks, and a healthy diet with specific foods like fish, green tea, turmeric, and others can help. Keep building your daily healthy habits, and use these strategies to slim down with brown fat. 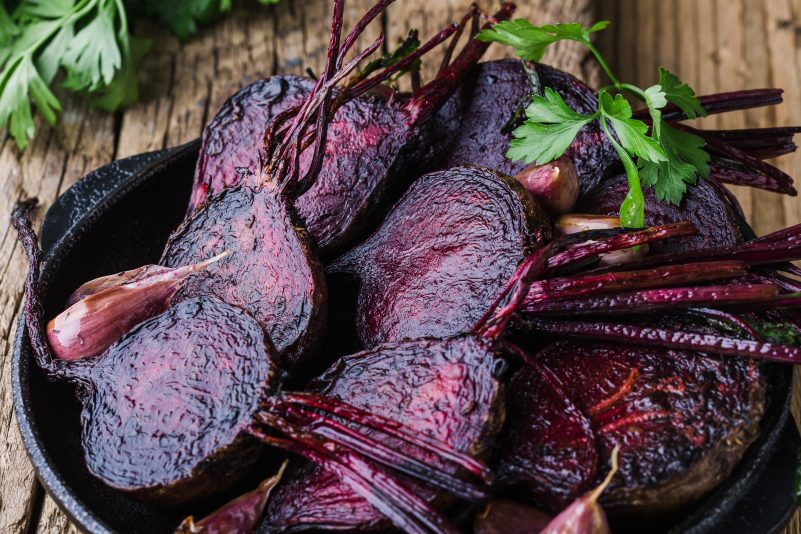 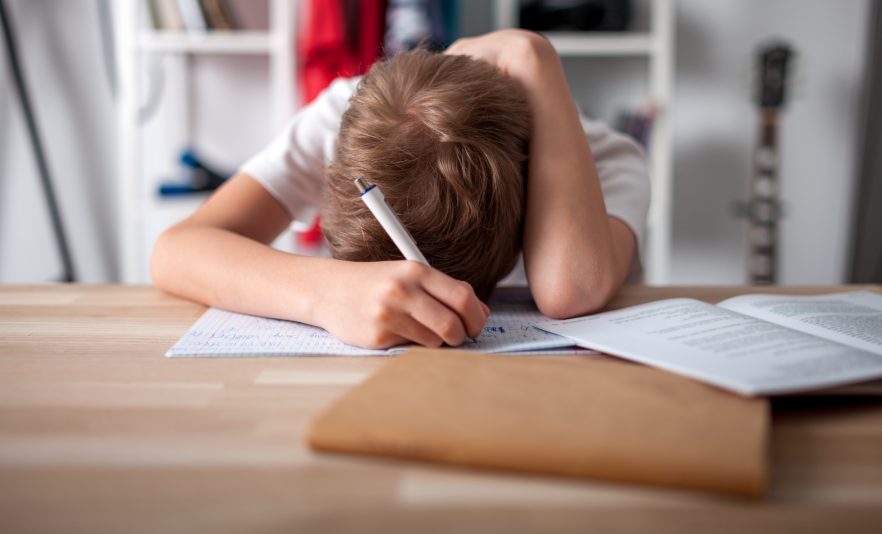 Next article - Feeling Return to School Stress? 7 Tips to Bust the Stress »