How You Can Prevent Depression in Just One Hour Per Week

Depression is projected to affect more than 300 million people worldwide.

This number includes the 6.7% of adult Americans who suffer from this increasingly common disorder.

Conventional treatment of depression can be difficult. There are two main approaches. First, the symptoms are treated with various medications which often have negative side-effects. Second, psychotherapy is employed to address any underlying psychological issues. Psychotherapy, however, can often take years to turn things around.

But what if there was a cheap and easy way to prevent depression from ever developing to begin with?

Researchers from the Black Dog Institute may have found how to do just that.

An Australian not-for-profit, the Black Dog Institute is “dedicated to understanding, preventing and treating mental illness.”

This assertion is supported by the results of a study conducted by scientists from the Black Dog Institute.

The landmark study was published in the American Journal of Psychiatry. The research proves to be the most comprehensive study of its kind.

Led by Associate Professor Samuel Harvey, the researchers analyzed data collected from almost 34,000 adult Norwegians. The data used was collected over an 11-year timespan as part of the Nord-Trøndelag Health Study (HUNT).

The measurements were tracked over the course of the study and the data was then analyzed by Harvey and his team.

In fact, the most striking finding of the research was that those who did not engage in regular exercise were 44 percent more likely to develop depression!

According to the analysis, around 12% of depression cases could have been prevented with just one hour of exercise per week.

Professor Harvey explains, “We’ve known for some time that exercise has a role to play in treating symptoms of depression, but this is the first time we have been able to quantify the preventive potential of physical activity in terms of reducing future levels of depression.”

“These findings are exciting because they show that even relatively small amounts of exercise – from 1 hour per week – can deliver significant protection against depression,” continues Harvey.

However, the researchers are still unsure as to what the precise mechanism of action is that allows exercise to have such a prominent effect.

According to Harvey, “We are still trying to determine exactly why exercise can have this protective effect, but we believe it is from the combined impact of the various physical and social benefits of physical activity.”

The research also suggests that exercise does not need to be particularly intense in order to garner the benefits. Whether participants reported exhaustive or gentle exercise, they were still less likely to develop depression.

“Given that the intensity of exercise does not appear to be important,” states the research paper, “it may be that the most effective public health measures are those that encourage and facilitate increased levels of everyday activities, such as walking or cycling.”

Professor Harvey underscored the importance of advocating physical activity to the general population as a means of maintaining mental health.

“With sedentary lifestyles becoming the norm worldwide, and rates of depression growing, these results are particularly pertinent as they highlight that even small lifestyle changes can reap significant mental health benefits.”

Take away lesson is: go for a walk with a loved one this weekend, your mental health will thank you for it! 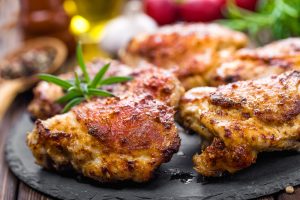 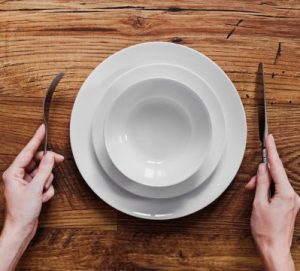 Next article - The Remarkable Anti-Aging Benefits of Fasting »