Improve Your Mood With Fermented Food

Have you heard of the “microbiome?”

The microbiome is the ecosystem of microorganisms, including bacteria, yeast, fungi, and parasites, that live in and on the human body. These microorganisms can be found on your skin, in your mouth, and in your digestive tract.

Over the past few years more and more research has begun to come out showing the importance of the microbiome for health and wellbeing.

This happens through the ratio of “good,” “bad,” and “neutral” organisms. Yeasts and bacteria that have a net beneficial effect on the organism are referred to as “probiotics.”

Bacteria are on everything all of the time. Even if you douse the toilet with antibacterial cleaner, within a couple of hours it is repopulated with bacteria from the air. There is no avoiding the little buggers!

Fortunately we don’t need to completely avoid bacteria. We just need to ensure a healthy balance between the helpful and the harmful bacteria. One way of doing this is by fermenting foods.

In a study published in March of 2017, researchers from the University of Virginia School of Medicine revered the symptoms of depression in mice by feeding them a strain of a probiotic bacteria found in fermented food called Lactobacillus. Additionally, they identified a particular mechanism through which this happens.

In the study it was observed that when mice were subjected to stress they lost lactobacillus bacteria in the gut and subsequently exhibited symptoms of depression.

A little over two months later in May 2017 another study was published with research from McMaster University. This team of researchers studied irritable bowel syndrome (IBS) patients who experience depression. The participants were either given probiotics or a placebo. Shockingly, the participants who received the probiotics were twice as likely to see improvement in depression symptoms!

How Does it Work?

When the researchers investigated how it was that probiotic bacteria could influence depression, they discovered something interesting.

The bacteria in the digestive tract eat food that our bodies don’t digest. The byproducts of the bacterial metabolism are called metabolites. The researchers realized that the bacteria affect levels of certain metabolites in the blood which in turn have an influence on depression

The Future of Medicine

This is particularly interesting because we know that every single thing we eat encourages some types of bacteria to grow and discourages others. This means that as this research progresses we may eventually be able to pinpoint what fermented foods are most likely to promote certain strains of bacteria that favorably influence metabolites to help treat depression.

Even more reason to let food be thy medicine!

For an easy and delicious way to ensure you get fermented foods in your diet, you can supplement with Dr. Don Colbert’s delicious Fermented Green Supremefood! 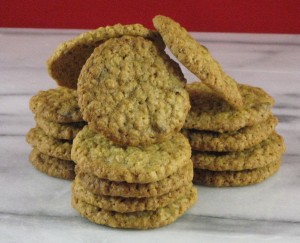 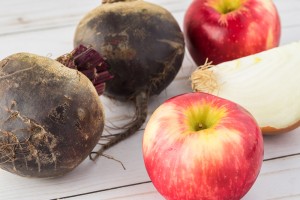