More than 34% of Americans suffer from metabolic disorder. Improving the flora that is naturally found in the stomach and intestines can help you to reduce your metabolic disorder according a recent study that was done by researchers at George State University. When the healthy flora has been compromised inflammation begins to build and from there many people start to have health problems. One of the most common of these is the metabolic disorder (body cannot properly turn food into energy).

Dr Andrew Gewirtz (a professor of Biomedical Sciences at Georgia State) was heavily involved in this study and has this to say: “We’ve filled in a lot of the details about how it works. It’s the lost of the TLR5 on the epithelium, the cells that line the surface of the intestine and their ability to quickly respond to bacteria. The ability goes away and results in a more aggressive bacterial population that gest closer in and produces substances that drive inflammation.” Having an upset flora can lead to a number of additional problems like Crohn’s disease and ulcerative collitis.

People who have an upset flora are also more prone to heart disease, stroke, and diabetes according to the American Heart Association. The AHA states that the “cluster of metabolic risk factors” are to blame for a number of additional problems in the body leading to these risks like abdominal obsesity, high blood pressure, high triglyceride levels, low HDL cholesterol, and high fasting blood glucose levels.

A recent study that was published in Gastroenterology stated: “Several chronic inflammatory diseases affecting the gastrointestinal tract, as well as a variety of other organ systems, are associated with alterations in gut microbiota composition, suggesting involvement of the microbiota in these disorders.”

There are many different things that can happen to make the flora go from working well and doing its job to wreaking havock on the body. Sadly society has attempted to control the body to the point that it is break it and causing the body to have more problems.

Today there are many over the counter medications that people take on a regular basis that could be harmful to them. Realize, stomach acids play a vital role in the body. In today’s world where everyone just takes a pill to make that go away, they could actually be doing harm to their bodies by not letting the natural process take place. So when someone takes a lot of these types of medications to try and ward off these stomach problems, they could actually be causing themselves to have worse problems in the future. Don Colbert MD, Jonathan Wright, MD and Lane Lenard, PhD actually suggest that these types of over the counter and prescription medications can be to blame for a loss of some of the healthy bacteria that is needed for digestion. This can cause the body to produce more acid and gas than it did to begin with which means that people just take more medication and the body is nenver able to restore itself.

Experts suggest that one can make some easy changes to help heal metabolic syndrome and other conditions of the intestines like Irritable Bowel Syndrome, Crohn’s Disesae, and seasonal allergies. All they have to do is make sure that they are eating a diet that is full of probiotics so that they can help to restart the natural balance that happens in the stomach. 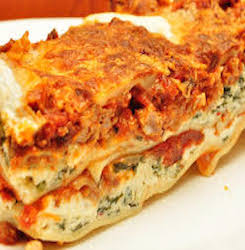