A class action suit filed in the Philadelphia Court of Common Pleas claims that Whole Foods Market has falsely labeled the ingredients on its 365 Everyday Value Plain Greek Yogurt.

The complaint filed on the behalf of Carmine Clemente and Samantha Kilgallen by the Philadelphia law firm DeNittis Osefchen is that the sugar content in Greek Yogurt is approximately six times higher than the listed amount on the label.

The lawyer, Joseph Osefchens says it is baffling that Whole Foods Market is unaware of the amount of contents in their product. He further adds that Whole Foods 365 Everyday Value Plain Greek Yogurt is a brand product that is exclusively prepared and advertised by Whole Foods.

The Findings Of Consumer Reports

Consumer Advocacy Groups found huge differences between the amount of sugar labeled and the exact amount of sugar contained in Whole Foods 365 Plain Greek Yogurt. Earlier in July, the results were released by Consumer Reports after examining plain Greek yogurts for their flavor and nutritional values.

Food experts discovered that the amount of sugar labeled on Whole Foods Plain Greek Yogurt was only 2 grams as compared to the other twelve brands they examine. Other brands of plain yogurts had 5 to 10 grams of sugar per serving. The results looked conflicting.

So, in order to reveal the truth, food experts examined 6 samples of the Whole Foods 365 Everyday Value Nonfat Plain Greek Yogurt from 6 different batches and found that the product had 11.4 grams of sugar on average, contrary to the labeled 2 grams per container. Food testers stated that this actual amount of sugar is equivalent to the sugar content contained in other brands of yogurts.

“It is important to note here that Consumers Union is responsible for publishing Consumers Report. Established in the year 1936, Consumers Union is a non-profit, independent organization whose sole mission is to serve customers through impartial product testing, research, and advocacy.”

How Were Other Whole Food Stores Affected?

After this alarming exposure, class action lawsuits have been filed against Whole Foods Stores in Pennsylvania, California, New York, New Jersey, and Massachusetts.

It was demanded that the Whole Foods Grocer correct the labeling on their product and refund customers who purchased their yogurt believing that it contained 2 grams of sugar.

The Steps Taken By The Whole Foods Market

The accusations made on Whole Foods prompted them to pull their 365 Everyday Value Nonfat Plain Greek Yogurt from the store shelves. When contacted regarding the discrepancies found on the label of their Greek yogurt, their company’s spokesman expressed disbelief about the revelation.

The company stated that they are working with their vendor in order to figure out the results provided by the Consumer Reports. These results are contradictory with those tested by a reputable third-party lab that uses FDA-approved testing procedure to decide the labeling. Whole foods further stated that they are inspecting the issue and will definitely take remedial measures if discrepancies are justified.

What Consumer Reports Have To Say About Whole Foods Greek Yogurt

According to Consumer Reports, regardless of the testing results, Whole Foods 365 Everyday Value Nonfat Plain Greek Yogurt is rich in calcium and protein in addition to being quite nourishing. Nonetheless, Whole Foods grocer should label the product correctly since it is vital for people with diabetes who monitor their sugar consumption carefully.

The prime goal of Whole Foods is to offer food products that are free of additives like high-fructose corn syrup, damaging chemicals, and artificial colors. Advocates leading the latest dispute against Whole Foods said that “Health Starts Here” is one of the main slogans of the company, and they should follow it more strictly.

Osefchen said that Whole Foods is claiming that their product contains almost half of the sugar as contained in the product of their lowest competitor. However, if they regard themselves as a leading health-food grocery store, they should prove to be one.

Well, if the packaging is found to be deceptive, residents of Pennsylvania who purchased the Greek yogurt could be entitled for a refund. 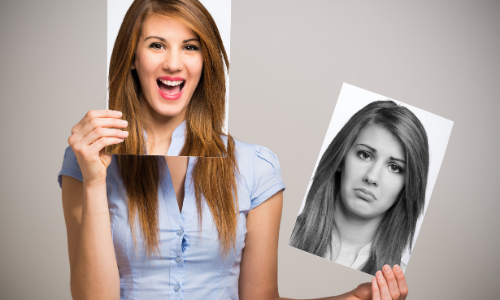