Want to Boost Your Memory and Mood? New Study Proves This Spice Can Help!

What if you could retain clear memory and sharp cognition well into old age?

Well, new research suggests that you can do just that!

We take it for granted that as people age they begin to lose their memory. But in some parts of the world, such as India, senior citizens have a far lower incidence of cognitive diseases such as dementia and Alzheimer’s.

Some experts now think this is because of India’s prevalent consumption of turmeric root as a spice in their traditional food.

The Power of Turmeric

Turmeric is a bright orange rhizome (root) of the ginger family. Like ginger, it is typically dried and ground into a powder to be used as a spice.

The primary active component of turmeric is called curcumin. Curcumin has been thoroughly researched and shown to have a vast array of benefits. Most notably, curcumin is used to reduce inflammation for in conditions such as rheumatoid arthritis and irritable bowel syndrome (IBS).

Now, new research published in the American Journal of Geriatric Psychiatry (1) has shown that curcumin can considerably and measurably improve both memory and mood in subjects with mild age-related memory loss.

Researchers from the University of California Los Angeles conducted a double-blind placebo-controlled study on the effects on curcumin on forty older adults who had mild memory-related complaints. The subjects were aged between 50 to 90 years. Although they had self-reported memory loss, none had been diagnosed with dementia.

The subjects were divided into two groups. One was given 90 milligrams of a highly bioavailable form of curcumin twice per day for 18 months. The other group received a placebo on the same schedule.

Additionally, thirty of the participants agreed to undergo positron emission tomography (PET scans). This test is used to evaluate the formation of amyloid plaque and tau in the brain. The build-up of these protein deposits indicate neurodegeneration and are correlated with risk of developing dementia and Alzheimer’s. These measurements were also taken at the onset of the study and 18 months later at the conclusion.

The subjects who received the daily curcumin supplement experienced profound benefits for both memory and attention abilities while the placebo group experienced no measurable benefit.

In fact, the curcumin group performed an average of 28% better on their memory tests at the conclusion of the study. Those taking the curcumin supplement also experienced a moderate improvement in overall mood. To top it off, the curcumin group also had markedly less development of amyloid plaque and tau in the hypothalamus and amygdala regions of the brain. These are areas of the brain that are associated with memory and emotion.

These results show that curcumin is a powerful ally in improving memory, mood, and attention in older individuals who are beginning to show memory loss.

But how does it work?

How Does Curcumin Work?

According to Dr. Gary Small, director of geriatric psychiatry at UCLA’s Longevity Center and of the geriatric psychiatry division at the Semel Institute for Neuroscience and Human Behavior at UCLA, the mechanism behind curcumin’s effects on the brain are not yet known.

“Exactly how curcumin exerts its effects is not certain, but it may be due to its ability to reduce brain inflammation, which has been linked to both Alzheimer’s disease and major depression,” Dr. Small reported in a press release.

This is in line with previous research showing the inflammation reducing properties of curcumin when used in people with rheumatoid arthritis and IBS.

In other studies, curcumin has also been demonstrated to enhance levels of brain derived neurotrophic factor (BDNF). BDNF is neuroprotective and helps stimulate the production of new brain cells.

Based on all this research, it is apparent that curcumin is highly beneficial for cognitive health in old age.

Since curcumin is found in turmeric, many people believe they can just eat turmeric or take a turmeric supplement and get the benefits.

This is far from the truth, however.

Curcumin actually only makes up 3% of the weight of turmeric root and it is also not very bioavailable. In fact, only about 1 percent of that 3% is actually absorbed by the body!

Fortunately, there is a way to make the curcumin in turmeric more bioavailable.

A component of black pepper, called piperine, has been shown to significantly enhance the absorption of curcumin by up to 2000%!

This is why Divine Health’s High Potency Turmeric formula includes not only turmeric but 95% curcuminoids with Bioperine piperine for optimum absorption.

If you want the cognitive benefits of turmeric so you can retain your memory in old age, pick up your High Potency Turmeric from Divine Health today! 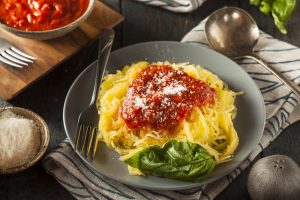 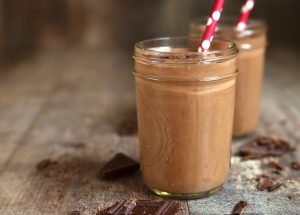