Don’t fall for the hype!

With this rise in popularity of vegetarian and vegan diets this popular health food has been touted as the perfect meat alternative.

The truth is, however, that it is only healthy in a certain context. More often than not it will actually do more harm than good.

This food is soy.

The soybean is a legume that was first cultivated by East Asian civilizations. Traditionally it was fermented in to foods such as miso, natto, and tempeh. These foods are normally eaten in small condiment-sized portions.

Today, soy is now one of the biggest industrial crops in the United States. With government subsidies on soy production, many farmers are growing soy to be used in processed foods and industrial animal feed.

Soy rose in popularity in the 90’s as a meat-alternative source of protein for vegetarians and vegans. Many people today still believe it to be a “health food.”

Unfortunately, this is largely false. In fact, much of the soy found in modern supermarkets will likely be damaging to your health.

Phytic acid is an “anti-nutrient” produced by plants to protect them from predators (like humans). Many plants produce phytic acid, including nuts, seeds, legumes, and grains. This is why these foods are traditionally prepared using various techniques such as soaking, sprouting, and fermenting.

These processes help breakdown the phytic acid with bacterial and enzymatic activity.

When not broken down before ingestion, phytic acid will inhibit the absorption of minerals such as magnesium, zinc, iron, and calcium.

Most people can tolerate phytic acid in small amounts. It generally only becomes a serious problem when many large amounts of phytic acid containing foods are consumed without proper preparation.

And phytic acid is not the only anti-nutrient in soy.

Like phytic acid, lectins are produced by plants as a defense against predators. High lectin content is one of the primary reasons many people can not tolerate nightshade plants such as tomatoes, peppers, potatoes, and eggplant.

Soy has a considerable amount of a particular lectin called agglutinin. Agglutinin is difficult for most people to digest and can damage the intestinal lining. Damaged intestines become more vulnerable to toxins and allergens and can eventually lead to autoimmunity.

Agglutinin is also known to make red blood cells stick together which can restrict the flow of blood through the cardiovascular system.

Luckily, the majority of the lectins in soy can be broken down through fermentation. This is why the Japanese have traditionally fermented soy in to foods such as miso, tempeh, and natto.

So is soy safe as long as it is fermented?

Maybe. But it’s unfortunately not that simple…

The safety of genetically modified organisms (GMOs) is a controversial topic. Some people say GMOs are dangerous abominations while others say they are perfectly safe. The truth is probably somewhere in between but the jury is still out.

However, one problem with GMOs that is certain is the application of toxic pesticides containing a chemical called glyphosate. Also known as Roundup, glyphosate is produced by Monsanto, the same company that holds the patents for genetically modified soy plants.

This is no coincidence. The fact is that Monsanto genetically engineered the soy plant to withstand application of their toxic product glyphosate. GMO soy plants can be sprayed with glyphosate without being affected while everything else around them is decimated. The toxic pesticide is then absorbed into the plant and consumed by unknowing and well-meaning consumers.

At least 70% of GMO soy contains “extreme” levels of glyphosate. Additionally, Monsanto was recently caught colluding with EPA officials to fabricate science and suppress evidence of the negative health effects of Roundup.

And if that isn’t enough reason to avoid soy…

Soy also contains a high amount of goitrogens. Goitrogens affect the thyroid by suppressing its ability to properly utilize the essential mineral iodine. This can contribute to hypothyroidism which is prevalent in Western culture.

Goitrogens are actually common in many foods like brussels sprouts, cauliflower, cabbage, and broccoli. However, in these foods, cooking breaks down he goitrogens. This is not the case for soy.

Phytoestrogens are plant based estrogens. When consumed they can mimic human estrogen and bind to the same receptors in the body.

Phytoestrogens are in a large array of foods including oats, yams, apples, and pomegranates. Soy contains some of the highest levels of phytoestrogen of any foods known.

Most people are able to metabolize and process these estrogens without a problem. However, in extreme cases of chronic exposure to high levels of phytoestrogens, hormonal imbalance can result.

Is Soy Safe to Eat?

In most cases, the risks outweigh the benefits of soy consumption. From anti-nutrients like phytic acid and lectins to the risks associated with GMOs and glyphosate, soy is just too sketchy to consume regularly in large amounts.

If you happen to come across some traditionally prepared organic soy products such as tempeh, miso, or natto then the risks are largely mitigated. This is not the form soy is usually consumed in however, so it is best to avoid in most circumstances.

If conventional soy has been a regular part of your diet and you want to detox the the pesticides that have likely accumulated in your body, then you can join the 21 Day Detox at www.DivineHealthDetox.com. 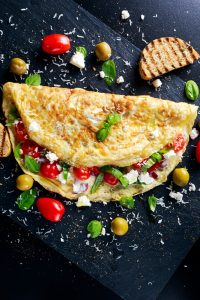 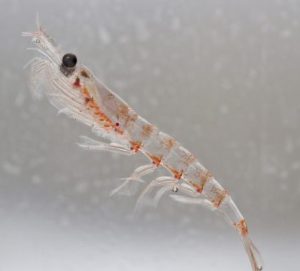 Next article - Optimize Your Health With Omega 3s From Antarctic Krill »