Over one million American adults are diagnosed with a chronic brain disease or disorder every single year.

And this number is only climbing higher.

So what kind of diet can help prevent and even reverse these devastating diseases?

The ketogenic (a.k.a. keto) diet involves a strict restriction of carbohydrate consumption which prompts the body to switch from using carbohydrate to burning fat for fuel. Most of the cells in the body are able to use fat as an alternate fuel to glucose except for the brain.

Although the brain is unable to use fat directly as a power source, it is capable of utilizing a byproduct of fatty acid metabolism called ketone bodies. Ketone bodies, also known as ketones, are produced by the liver during times of low carbohydrate intake such as fasting. This process is called ketogenesis. Interestingly, given sufficient adaptation, the brain can derive up to 75% of its fuel from ketone bodies.

The answer lies in the liver’s ability to create glucose from amino acids. This is called gluconeogenesis and it can happen even when absolutely no glucose has been consumed!

In fact, a report by the US Institute of Medicine’s Food and Nutrition Board states: “The lower limit of dietary carbohydrates compatible with life apparently is zero, provided that adequate amounts of protein and fat are consumed.”

Chronic inflammation can impair the brain’s ability to use glucose for fuel. This is seen in Alzheimer’s disease, aging-related cognitive decline, epilepsy, and Parkinson’s disease. In many people glucose utilization is suppressed even before symptoms appear.

Glucose utilization is such an important factor in Alzheimer’s that many researchers are now referring to the disease as “Type III diabetes.”

It is theorized that in many neurodegenerative patients, the neurons have become insulin resistant and are unable to use glucose for energy despite it being readily available in the diet. This leads to inflammation and the eventual die-off of brain cells.

When these patients implement a ketogenic diet, the ketones produced by the liver act as an alternative energy source for their starving neurons.

How to Generate Ketones

Most people have a damaged metabolism from chronically burning sugar for fuel for their entire life. This means that the body needs to reminded how to utilize ketones for fuel so the metabolic pathway can be re-established.

Often, this adaptation process can take anywhere from several days to a week or even more in some cases. The adaptation period can be associated with some unpleasant symptoms that are infamously referred to as the “keto flu.” These symptoms include headache, fatigue, and nausea. But not fret! These symptoms are only temporary and on the other side of them you will find increased energy, focus, and mental clarity.

To begin keto adaptation it is best to initially keep carbohydrate consumption under 20 grams per day until the adaptation period is complete. Once adapted, most people are able to eat up to 50 grams per day and remain in a ketogenic state.

Make sure to consume enough water as you adapt to the diet. It is also important to increase salt consumption as ketosis can deplete minerals in the body. You can also supplement with minerals and ketone salts as discussed below.

The ketogenic diet is not the only way to provide a glucose-deprived brain with ketones.

There are two main sources of exogenous ketones which can dramatically benefit those suffering from neurodegeneration.

Also known as MCTs, medium chain triglycerides are a set of fatty acids that are found in coconut and palm oil. These fatty acids are structured in a way that allows them to bypass the liver during digestion and go straight to the brain as ketones to be used for energy. They can be taken in the form of an oil or a powder. The oil often causes digestive distress, so many people opt for the gentler and more convenient powder.

“In one study of 152 people with Alzheimer’s disease, those who received an MCT supplement for 90 days had much higher ketone levels and a significant improvement in brain function compared to a control group.” (1)

Ketone salts were developed as a method of directly consuming ketones. The primary ketone body called beta-hydroxybutyrate (BHB) is attached to a mineral salt such as sodium, potassium, or magnesium. This allows for the ketones to be instantly absorbed by the body and utilized by the brain for energy. The minerals in ketone salts can also help keep electrolyte levels balanced during ketosis.

Get in The Keto Zone

We all want to maintain cognitive health well into old age. As the evidence continues to accumulate it is becoming more and more apparent that a ketogenic diet is the best diet for preventing and reversing neurodegenerative disease.

This is why Dr. Don Colbert wrote his latest book, The Keto Zone Diet. Years of research and clinical experience led Dr. Colbert to develop a diet plan that will help you will burn fat, optimize cognition, and improve energy levels. Learn more at www.KetoZone.com! 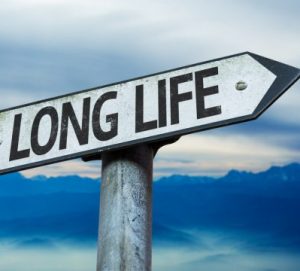 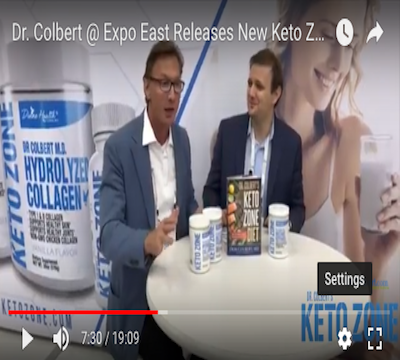