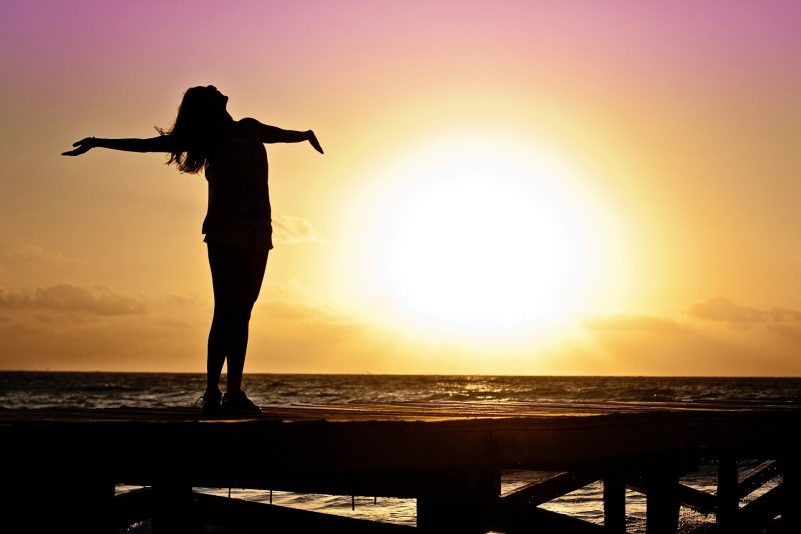 The Truth about Vitamin D

Vitamin D is a popular supplement that has received a lot of attention in the last few years. Here’s the truth about this vitamin and hormone, how it works in the human body, and its relation to sickness and health.

What is Vitamin D?

Vitamin D is a fat-soluble hormone that is both synthesized naturally by the body, and absorbed in the digestive tract.

While humans can make the active form of Vitamin D, calcitriol, from D2 or D3, the latter is considered more effective at increasing levels when it is consumed (1).

1. Vitamin D is Commonly Too Low in Adult Populations.

Even with an abundant diet, it’s estimated that 25-50% of adults in the United States are deficient in Vitamin D (2). This inadequacy is more problematic in wintertime months, when much of the population is inside more often than outside. Further, for those who live in latitudes north of Florida, the sun’s rays do not hit Earth directly enough to synthesize adequate vitamin D in winter.

Of course, autumn and winter are also when people experience seasonal sickness, such as colds and flus.

There’s been controversy on what constitutes Vitamin D deficiency through the years. Historically, any level less than 10 ng/mL was considered deficient.

However, in 2011 the Endocrine Society issued a report encouraging a higher minimum blood level of 30 ng/mL based on their research (3). They wanted to encourage practitioners to help patients keep their levels higher.

At present, there is still no exact optimal number. However, many experts recommend 40-60 ng/mL, a possible immune- and health-supporting range (4).

To get there, you may need to both avoid any risk factors you can for deficiency and proactively increase Vitamin D intake.

3. Modern Life Has Put Us at Higher Risk of Vitamin D Deficiency

While recommendations for Vitamin D levels have increased, our modern lifestyles often get in the way. Lifestyle habits and other factors associated with low vitamin D status include:

4. Vitamin D is Often Lower in Those Who are Overweight or Obese

Vitamin D is a fat soluble vitamin, and it is distributed throughout fat cells, muscle, the liver, and serum. These cells are more abundant in obesity, and the relative amount of vitamin D in a human body is therefore diluted among these cells (6).

Unfortunately, low vitamin D status is also linked to many chronic health issues. While it’s not completely understood whether it’s a reflection of health or plays a causal role, the associations are concerning within obesity and health (7).

It’s important for those who are overweight to know and optimize their vitamin D status.

5. High Levels of Vitamin D in the Bloodstream May Reduce Risk of Seasonal Sickness and Severity

As stated above, serum levels of Vitamin D tend to be lower in the wintertime months, or cold and flu season. In studies, there have been mixed results on Vitamin D levels and specific sickness outcomes. However, most are positive with very little detriment or risk. For example:

There have also been studies that don’t show significant correlations. However, since there is a very low risk of toxicity, many think vitamin D is a reasonable cost-effective preventative measure for seasonal sickness.

In addition to seasonal sickness, Vitamin D deficiency has been linked to many chronic health issues, from poor bone density to elevated blood pressure to blood glucose issues to muscle weakness illnesses (16).

While there are many factors that play roles in these health issues, the vitamin D deficiency association is undeniable.

Additionally, studies have found low vitamin D status can be associated with premature death. Researchers at the University of California-San Diego reviewed 32 studies that analyzed the subjects’ vitamin D levels in the blood and subsequently, mortality rates. The studies included 566,583 subjects from 14 different countries, who had an average age of 55. They found that subjects with lower levels of 25-hydroxyvitamin D (the main form of vitamin D found in human blood) were twice as likely to suffer from premature death, in comparison to those with higher levels of 25-hydroxyvitamin D in the blood.

Furthermore, researchers concluded that those at risk of dying from an early death had a vitamin D blood level of 30 ng/ml, which was approximately half of the tested subjects, and that an estimated two-thirds of the American population has a blood vitamin D level below 30 ng/ml (17).

Why does Vitamin D have an impact on long-term health issues and seasonal sickness?

It affects the immune system directly (18). It’s been shown to:

The research continues to stack up on Vitamin D’s effect on acute and chronic health in humans.

Vitamin D plays many roles in the human body. It is a fat-soluble vitamin and hormone with many roles.

Another interesting health link with vitamin D is within mental health. Low vitamin D status has an established association with low moods.

In fact, it’s one therapy often prescribed during winter months to improve moods.

However, experts still do not know if vitamin D plays a causal role, or simply coexists with seasonal sadness (19).

9. Your Body Make Vitamin D from Sunlight, but It May Not Be Enough for Therapeutic Results

In fact, Vitamin D is produced in the skin by ultraviolet radiation from sunlight, transported in the blood, formed into its active hormonal form (calcitriol (1,25-dihydroxyvitamin D) in the liver and kidneys, and terminated as needed into inactive metabolites (20).

But, is the radiation synthesis enough?

Not always. The body is very good at balance, and will not over-produce even when you need more. If a person is low in vitamin D, it typically requires supplementation to raise vitamin D levels.

If you have insufficient Vitamin D levels, you can increase them by:

11. There Are Risks of Too Much Vitamin D

As with any fat-soluble vitamin, there are risks of taking too much vitamin D. However, toxicity usually occurs only with very high doses (such as 60,000 IU) taken daily.

It is generally accepted that 2000-3000 IU per day is safe and effective for adults in maintaining healthy levels through autumn and winter months. Most practitioners warn against chronic doses of greater than 4000 IU per day.

Vitamin D is an amazing vitamin and hormone. It has many functions throughout the body. Most notably, it supports immune function, bone health, mental health, and more as discussed above. While many adults are deficient in it, it’s easy to raise levels to an optimal and healthy range.