Do you think canola oil is healthy?

If so, new research suggests that you may want to think again!

Although slickly marketed as a healthy cooking oil, a new study shows that consumption of canola oil can lead to weight gain and dementia.

But first, in order to better understand the results of the study, let’s explore the origins of canola oil.

Canola oil what first developed in Canada in the 1960s. In fact, the word “canola” comes from a combination of the words “Canadian” and “oil.”

Scientists from the University of Manitoba took the toxic rapeseed plant and used breeding methods to remove the dangerous components including erucic acid and glucosinolates.

The resulting crop looks just like rapeseed but is actually an entirely different plant now called canola which is a trademarked name.

How is Canola turned into Oil?

The oil is derived from the tiny seeds of the canola plant. Most canola is oil is made with large scale industrial production methods.

Dr. Guy Crosby, adjunct associate professor at the Harvard School of Public Health, explains that “most canola is chemically extracted using a solvent called hexane, and heat is often applied which can affect the stability of the oil’s molecules, turn it rancid, destroy the omega-3s in it, and can even create trans fats.”

This industrial processing of canola oil is one of the primary factors responsible for the negative health effects observed by researchers.

Their findings suggest that canola can negatively impact learning ability and lead to memory loss.

This is likely due to the associated increased build-up of plaques in the brain which is a sign of neurodegenerative disease.

The research was done using an animal model which was designed to mimic the progression of Alzheimer’s disease in humans.

The mice were evaluated after 12 months. The most obvious difference between the two groups was that the mice on the canola oil diet had accumulated much more body fat than the control group.

Later, when the brain tissue of the mice was examined, the canola oil group had consistently increased formation of amyloid plaques – a sign of neurodegeneration. Additionally, the canola oil group also had decreased connectivity between neurons, a phenomenon normally associated with brain injury.

Canola is Not a Healthy Choice

These results stand in stark contrast with previous studies from the same researchers showing that olive oil can actually improve memory and reduce the development of amyloid plaque.

If you are looking for healthy cooking oils, favor saturated fats which are least likely to oxidize under high heat due to their higher smoke point and more stable molecular configuration.

But whatever you do, avoid canola oil at all cost!

If they do use canola, ask if your food can be made with another oil such as olive oil or butter instead. Also, ask to see if their olive oil is cut with canola. This is a common practice. Other oils to avoid include: soy oil, corn oil, and vegetable oil.

It may seem inconvenient and make you feel like you are being a difficult customer but do you really want to increase your chances of developing dementia?

This is serious business.

The results of the study showed significant changes after 1 year of relatively small exposure to canola. This would be roughly equivalent to eating one meal out a restaurant every day for one year.

It’s not worth the risk. The effects of dementia can be devastating. Wouldn’t you like to be lucid and conscious well in to old age?

Then let’s avoid canola oil and take care of our health!

Instead of canola oil, use heart-healthy olive oil! 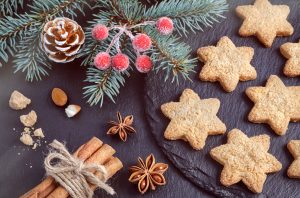 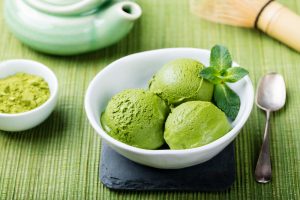