Kelp: The Surprising Benefits of This Superfood Seaweed

Move over, leafy greens. There is a new superfood star on the scene!

More and more people are rediscovering the potent nutritional power of consuming sea vegetables. However this is certainly not a novel practice.

Sea vegetables have been a rich source of nutrition for people for thousands of years. Most notably consumed by East Asian cultures in the areas of modern day Japan, Korea, and China, seaweed consumption is theorized to be at least partly responsible for the legendary health and longevity of the people in these regions.

One seaweed in particular, called Kelp (Ascophyllum nodosum), has proved to be a particularly effective source of vitamins and minerals. Kelp is a shallow water seaweed that grows along rocky shorelines in cool ocean waters and is harvested as a food and nutritional supplement.

Kelp serves as the foundation for the majority of the marine food chain. Considered one of the largest plants in the world, kelp grows in dense underwater forests that provide habitat for an abundance of marine life.

Due to its niche as a cornerstone species in the marine ecosystem, kelp is rich in minerals which are absorbed from the nutrient dense waters in which it resides.

The unfortunate truth is that pretty much everyone is lacking sufficient minerals in their diet. This is due to a number of factors including depleted soil, poor industrial agricultural practices, processed foods, and impaired digestive function.

For these reasons, it is crucial that everyone supplement the vital minerals necessary for optimal health. Luckily, kelp is an excellent whole food source of minerals!

Kelp contains “major” or macrominerals including potassium, magnesium, and calcium. It also supplies trace minerals such as copper, iodine, zinc, manganese, and iron. There are even considerable amounts of lesser-known “ultra-trace minerals” such as germanium, iridium, and rubidium, among others.

The most notable of the minerals provided by kelp is the exceptionally high iodine content.

An essential nutrient, iodine is utilized by the thyroid to regulate metabolism. It also helps to maintain the muscular, fascial, skeletal, and nervous systems of the body. Due to depleted soils, iodine is difficult to obtain through food alone, this is why table salt began to be iodized in the U.S. in the 1920’s

This is why it is so important to consume iodine from whole food sources such as kelp. They are less likely to contain these toxic substances and also come with naturally occurring co-factors which help balance out the nutritional profile.

How to Use Kelp

There are a number of different ways to add kelp in to your diet. Kelp noodles are a great healthy alternative to wheat noodles and can be found at many health food stores and online retailers. Dried kelp can be added to soups, stews, and stocks. Kelp powder can be easily added to almost any dish adding a relatively mild salty flavor. Kelp is also available in a capsule for ease and convenience.

If you want to experience the benefits of kelp along with fermented grasses, greens, herbs, probiotics, and enzymes to ensure you cover all of your nutritional bases, Dr. Colbert’s Fermented Green Supremefood is an all-inclusive greens powder that will allow you to feel the fermented difference! 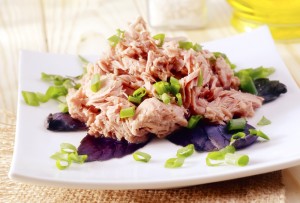 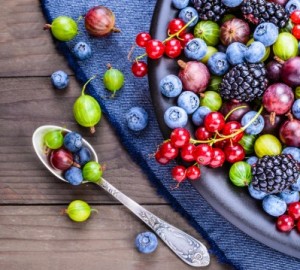 Next article - 3 Antioxidant Rich Foods You Should Eat More Often »