A recent study indicates that women who consume a diet rich in saturated fats are at increased risk of developing various types of breast cancer. Let’s explore this in detail

The study was conducted on more than thirty thousand women in the 20-70 age group from ten European countries. These women were observed for more than a decade. The details and conclusion of the study were published in the Journal of the National Cancer Institute on April 9 2014.

According to the researcher Sabine Seiri of the Natural Cancer Institute in Milan, the study concludes that women who consume a lot of fat, specifically saturated fat and fats obtained from animal products, are more prone to developing three subtypes of breast cancer than women who consumed less fat.

Although the study does not indicate the minimum amount of fat that can increase the risk of breast cancer, Seiri suggested that that the total calories coming from saturated fat should not be more than ten percent of a woman’s daily diet. This simply means that if a woman is consuming 2,000 calories per day, only 200 calories should be from fats such as butter, cheese, meats and processed foods.

Seiri further stated that the conclusions of past studies done to analyse the relationship between saturated fat consumption and risk of breast cancer have been contradictory. She said it is not easy to collect accurate information regarding the consumption of fat since women living in different areas may consume different types of fat products. Seiri said that breast cancer can be divided into three subtypes and each subtype has its own set of risks. This may have been the reason for discrepancies found in the past studies.

Dr. Kim M. Hirshfield, a medical oncologist at Rutgers Cancer Institute of New Jersey, says that this study appears to be notable since it indicates that breast cancer is not a single disease, and this important fact was completely overlooked in past studies. She further stated that the study has found a direct link between the consumption of high amounts of saturated fat and an increased risk of breast cancer. However, further research is needed to determine the safe amounts of saturated fat that women can consume without putting themselves at risk of developing breast cancer.

Hirshfield added that for maintaining breast health and overall health in general, women should consume no more than 15 grams of saturated fat per day. 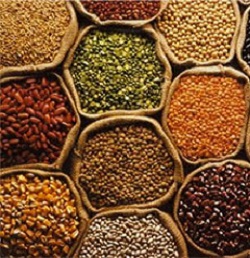