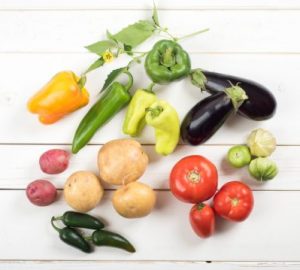 Beware: These Common Vegetables May Cause Inflammation

Did you know that the consumption of a certain family of vegetables called nightshades has been linked to inflammation and autoimmunity in sensitive individuals?

The Solanaceae plant family are commonly referred to as nightshades due to their tendency to grow in the shade or flower at night. There are more than 2,000 species of plants in this family but only a relative few are actually edible vegetables.

The List of common edible nightshades includes: potatoes (not sweet potatoes or yams), tomatoes, bell peppers, all spicy peppers (including spices like cayenne and paprika), and eggplant.

There are many superficial differences between all the vegetables in the nightshade family, however there are a few things all nightshades have in common; They all contain alkaloids and lectins.

For many people, moderate consumption of nightshades can be part of a healthy diet, but for others the lectin and alkaloid content of these plants can act as anti-nutrients in the body leading to inflammation, leaky gut, and autoimmunity.

That is why Dr. Colbert’s 21 Day Detox program removes nightshades to allow the digestion to reset and the immune system to balance out.

Nightshades, like all plants, contain a host of anti-nutrients to protect them from being eaten by predators such as bugs, molds, and humans. The anti-nutrients in nightshades include compounds such as lectins and alkaloids.

In small amounts these anti-nutrients can have a beneficial effect for many people by irritating the gut just enough to cause an inflammatory response that leads to a strengthening of the body. However, for those of us with sensitive immune systems or impaired digestion, the anti-nutrients irritate the gut so badly that they can lead to an exacerbation of conditions such as rheumatoid arthritis.

A class of sugar-binding proteins, lectins are found to some degree in all plants and animals. Not all lectins are harmful, but some lectins which are high in the amino acid proline resist the digestive process and can cause irritation to the gut and lead to intestinal permeability.

There are many different kinds of lectins and the specific effects of each one has not yet been studied. What is known is that lectins are a natural defense mechanism for plants and are therefore found mostly in the skin and outer edge of plants. Therefore, peeling nightshades before consumption can dramatically reduce the amount of lectins you are consuming.

But lectins aren’t the only thing to be concerned about in nightshades.

The term “alkaloid” broadly refers to any nitrogenous organic plant compound that can have a dramatic physiological effect on humans. Alkaloids commonly found in nightshades include: solanine, tomatine, capsaicin, and nicotine.

Primarily found in tomatoes, tomatine is a steroid alkaloid. This type of alkaloid is called a “glycoalkaloid” because it is attached to a sugar. Tomatine serves as an insecticide, fungicide, and anti-microbial agent for the tomato plant. It is found primarily in the stems and leaves of the tomato plant but there are detectable amounts in the tomato “fruit” itself. This alkaloid can irritate the gastrointestinal tract and affect neurotransmitter function.

Like lectins, tomatine is found primarily in the skin of tomatoes. Traditional cooking methods for tomato sauce involve removing the skins. The same is true for the solanine alkaloid in potatoes.

Solanine is a glycoalkaloid similar to tomatine. Solanine, however, is found primarily in potatoes. As the body breaks down solanine, the alkaloid is separated from the sugar leaving a compound called solanidine.

Solanadine is only toxic when consumed in high quantities, but it is known to accumulate in certain tissues of the body and be released in times of stress. The densest quantities of solanine are in the green areas of the potato plant. This is because solanine and tomatine are produced similarly to chlorophyll.

Solanine can be reduced by up to 70% by merely skinning potatoes before cooking. It is also important to remove any sprouts from a potato before cooking as these areas contain concentrated amounts of lectins.

This alkaloid is a known irritant in mammals, including humans. In fact capsaicin is famously responsible for the burning sensation associated with hot peppers. It is also responsible for many of the anti-inflammatory properties of peppers as well. Capsaicin catalyzes the release of a neuropeptide called substance P which is an important part of the network of pain signalling in the body, hence the burning sensation.

Most notably found in tobacco (another nightshade), small quantities of nicotine are also found in other nightshades such as tomatoes, potatoes, and eggplant. Nicotine is a potent neurotoxin and can be found in many insecticides. This is why the plants produce these alkaloids to begin with! As natural protection from predators, such as humans.

Many people with healthy digestive function and balanced immune systems can handle moderate nightshade consumption without ill effect. Those with autoimmune disease and leaky gut, however, must be wary.

Antinutrient activity from the lectins and alkaloids found in nightshades can irritate the intestinal lining and cause an exaggerated immune response which will aggravate autoimmune conditions such as rheumatoid arthritis. 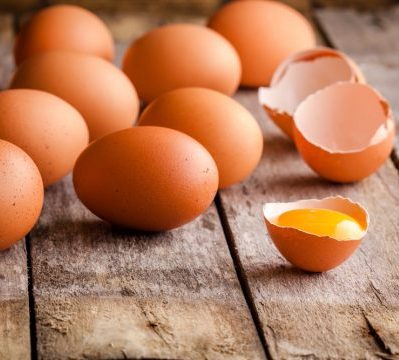 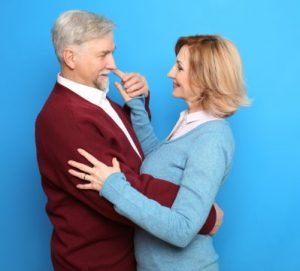 Next article - Dance Your Way to a Younger Brain »