There is a solemn poignancy in the fact that this September is the 14th annual National Preparedness Month in the United States.

With the hurricanes bombarding the southern coast and the wildfires blazing out west it seems that the United States needs the message of disaster preparedness more than ever.

When you combine these natural disasters with the rampant American domestic socio-political turmoil, the looming geopolitical tensions with North Korea, and the escalating frequency of terror attacks in Europe, it seems that world order could disintegrate into chaos at any moment.

So it makes sense to take the message of National Preparedness Month (NPM) seriously and to look at how you can plan and prepare to keep you and your family safe in a worst case scenario.

NPM was designed and implemented with the intention of increasing the overall number of individuals, families, and communities that prepare for emergency situations in their homes, workplaces, businesses, schools, and places of worship.

“During National Preparedness Month, we bring attention to the importance of readying ourselves for disasters, both natural and man-made. We also take this time to extend our sincerest gratitude to first responders, who selflessly run toward danger to keep our Nation and its people safe. We vow to support them and provide the tools they need to save lives.”

This year’s theme is “Disasters Don’t Plan Ahead. You Can.” The month is broken down to focus on a different aspect of the theme each week. The schedule this year is as follows:

Week 1: September 1-9, Make a Plan for Yourself, Family and Friends
Week 2: September 10-16, Plan to Help Your Neighbor and Community
Week 3: September 17-23, Practice and Build Out Your Plans
Week 4: September 24-30, Get Involved! Be a part of Something Larger

National Preparedness Month was first enacted in 2004 and is sponsored by the Federal Emergency Management Agency (FEMA) arm of Homeland Security. September was chosen both because of the remembrance of the 9/11 terror attacks and because September is the height of Atlantic hurricane season.

The campaign aims to inform and encourage citizens to focus on prevention, protection, response, and recovery efforts in order to prepare the United States for all hazards including terrorist attacks and natural disasters.

President Trump writes, “This month we recognize that by educating the Nation on how to prepare and respond to emergencies, we can save countless lives. Unfortunately, fewer than half of American families report having an emergency response plan. While we never know when the next disaster will strike, it is incumbent upon every American to be prepared.”

We can all contribute to being prepared to help assist first responders in the case of an unforeseen disaster.

This month more than 3,000 public and private organizations at the national, state, and local levels promote guidelines and provide resources to help you and your family plan for and effectively respond to disasters situations. Fundamentally, National Preparedness Month is designed to ensure that all Americans have the skills and information necessary to protect themselves and their families during an emergency. 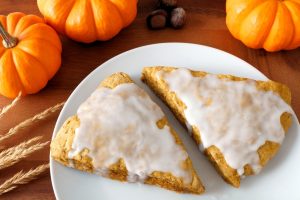