Many nutritionists have long warned that high fat/high sugar foods are addictive. Now there is even more scientific evidence. Joseph Schroeder, associate professor of neuroscience at Connecticut College, and Jamie Honohan, a scholar in the College’s

Professor Schroeder explained, “Our research supports the theory that high-fat/ high-sugar foods stimulate the brain in the same way that drugs do. It may explain why some people can’t resist these foods despite the fact that they know they are bad for them.”

Honohan added, “We chose Oreos not only because they are America’s favorite cookie, but also because products containing high amounts of fat and sugar are heavily marketed in communities with lower socioeconomic statuses.” Honohan was interested in how the prevalence of high fat/high sugar foods in low-income neighborhoods contributed to the obesity epidemic.

To conduct the research, Schroeder and his students built a maze. On one side of the maze, they gave Oreo cookies to hungry rats. On the other side, the rats were given rice cakes. The researchers recorded how long the rats spent on either side.

Next, the experiment was repeated, but this time the rats were given injections of cocaine or morphine on one side of the maze, and injections of saline on the other side. Again, researchers recorded how much time was spent on either side.

In the next phase of the study, researchers used immunohistochemistry to measure the activity of a protein called c-Fos, a marker of neuronal activation in the nucleus accumbens, often referred to as the brain’s “pleasure center. Schroeder explained, “It basically tells us how many cells were turned on in a specific region of the brain in response to the drugs or Oreos.”

Surprisingly, they found that the Oreos activated significantly more neurons than did cocaine or morphine. In other words, eating Oreo cookies activated the “pleasure centers” of lab rats more than did exposure to drugs like cocaine and morphine. “This correlated well with our behavioral results and lends support to the hypothesis that high-fat/ high-sugar foods are addictive,” said Schroeder.

Schroeder concluded, “Even though we associate significant health hazards in taking drugs like cocaine and morphine, high fat/ high sugar foods may present even more of a danger because of their accessibility and affordability.”

The research will be presented next month at the Society for Neuroscience conference in San Diego, Calif. 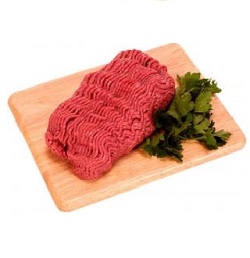 Next article - How to Add Healthy Fiber to Ground Beef »