While the CDC (Centers for Disease Control and Prevention) is not yet sure exactly what is causing a deadly new superbug, the director of the CDC, Dr. Tom Frieden, did say during a press briefing on March 5th, “It’s not often that our scientists come to me to say that we have a very serious problem and we need to sound an alarm. But that’s exactly what we’re doing today.”

It’s CRE (carbapenem-resistant Enterobacteriaceae) and Frieden called it a “nightmare bacteria,” and referred to it as a “triple threat” for the following reasons. (1) CRE are resistant to virtually all antibiotics, including the antibiotics used by doctors as a last-chance option. (2) These superbugs can transfer their invincibility to other bacteria. “The mechanism of resistance to antibiotics not only works for one bacteria, but can be spread to others,” Frieden explained. (3) The bacteria can prove deadly. Infections with CRE bacteria “have a fatality rate as high as 50 percent,” said Frieden.

During 2011, a strain of the CRE superbug killed seven patients at the National Institutes of Health Clinical Center in Bethesda, Maryland; however, information on the deaths was not made public until 2012.

Following those deaths, the CDC issued guidelines for health care facilities to stop the spread of the bacteria, and dramatic declines in CRE were reported, said Frieden. However, many facilities still have not adopted the recommendations, and the nightmare bacteria continue to spread. If the health care community doesn’t do a better job of containing it, experts say it could advance beyond hospitals and nursing homes, where it has been concentrated so far.

Infectious disease specialist Dr. Brad Spellberg, of the Los Angeles Biomedical Research Institute at the Harbor-UCLA Medical Center, compared CRE to the Titanic’s ill-fated voyage. “We’re not talking about an iceberg that’s down the line,” Spellberg said. “The ship has hit the iceberg. We’re taking on water. We already have people dying. Not only of CRE, but of untreatable CRE.” Although CRE infections have been seen only in hospitals, so far, the big fear is that it will spread. “If CRE spreads out of hospitals and into communities, that’s when the ship is totally underwater and we all drown,” Spellberg said.

While the symptoms of CRE will vary – depending on what infection is brought on by CRE – the infections caused by CRE include: pneumonia, bloodstream infections, urinary tract infections, wound infections and meningitis.

As for what you should do to protect yourself… keep yourself healthy. Because the CDC has only been able to determine that CRE infections typically occur in “ill patients, and patients with exposure to acute and long-term care settings,” the best thing you can do is keep yourself
healthy enough to avoid those situations. And, as always, the best way to keep yourself healthy is with: an immune-supportive diet; dietary supplements when needed; plenty of exercise; detoxification; deep, refreshing sleep each night; and a strong sense of purpose in your life.

- Previous article « 5 Best Ways to Protect Yourself from Alzheimer’s 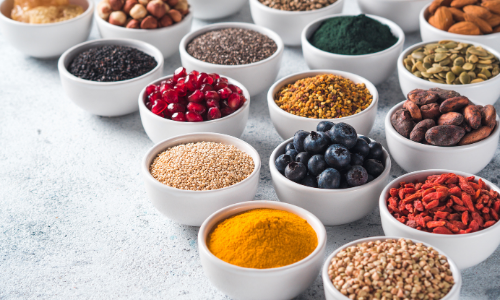 Next article - Superfoods for Your Heart »