Improve Your Health With the Powerful Properties of Pumpkin

It is pumpkin season once again!

September and October are the prime months for pumpkin picking, and it turns out that these iconic Autumn vegetables are good for more than just jack-o-lanterns!

Pumpkins pack a powerful nutritional punch as a low-calorie nutrient dense food that is both versatile and delicious!

Pumpkins grow on a vining plant that spreads out over the ground. They are traditionally associated with the Autumn harvest. Interestingly, pumpkins are actually a member of the cucumber family of plants which is known as Cucurbitaceae to botanists.

There are two common varieties of pumpkin.

One is called pepo, or the “sugar pumpkin.” Known as the “small” variety of pumpkins, pepos are the variety of pumpkin most often used as decoration during the harvest season. They are famous for their vibrant orange color and iconic ribbed shape. Pepos grow close to the ground on twining vines with large fanning leaves. These are the pumpkins that provide edible seeds.

Maxima pumpkins, on the other hand, are considered the “giant” variety. So giant, in fact, that maxima pumpkins are sometimes referred as “mammoth” pumpkins. This variety is a close cousin to the winter squash and is easily interchangeable in recipes that call for hubbard squash. The color of the maxima actually has a pink undertone distinguishing it from other varieties.

Pumpkins are seriously loaded with nutrition.

The seeds are a common snack and a significant source of nutrients including vitamins, minerals, protein, and omega-3 fatty acids. Not to be eaten raw, pumpkin seeds can be dried in a dehydrator or on low heat in the oven. They are delicious when sprinkled with sea salt.

Pumpkin seeds also contain the amino acid tryptophan. Tryptophan is important because the brain converts it into GABA. GABA is a neurotransmitter with a role in promoting relaxation and mediating communication between neurons.

Don’t stop with the seeds, however, as the flesh of the pumpkin is just as delicious and nutrient dense!

The flesh is where you will find a wide range of nutrients including: vitamin C, potassium, copper, manganese, vitamin E, thiamin, niacin, vitamin B6, folate, iron, magnesium, and phosphorus.

But this is only the tip of the iceberg.

The real heavy-hitting nutrition comes from pumpkin’s exceptionally high concentration of phytonutrients called carotenoids. As phytonutrients, carotenoids help the pumpkin plant absorb light for use in photosynthesis. They also act as a defense mechanism for the plant.

One of the most well-known carotenoids is called beta-carotene. Beta-carotene is a an antioxidant which means that protects the body from free-radical damage caused by oxidative stress.

Responsible for the bright orange color of pumpkin, beta carotene can be found in a number of similarly colored vegetables including carrots, sweet potato, and squash

Beta-carotene is probably most revered for its ability to be converted in to vitamin A once ingested. In fact, when taking this conversion into account, just one cup of cooked pumpkin contains more than double the average daily requirement for vitamin A!

Vitamin A is a critical nutrient involved in maintaining the health of many areas of the body. Most notably, vitamin A supports the eyes, skin, bones, and connective tissues. Vitamin A is a fat-soluble vitamin which means you will absorb more if you eat your pumpkin with a little bit of healthy fat. Cooked pumpkin tastes great with a dollop grass-fed butter or coconut oil!

Believe it or not, the health benefits of pumpkin don’t end with beta-carotene.

Pumpkin is also a considerable source of two other carotenoids called lutein and zeaxanthin. Known to be beneficial for eye health, Lutein and zeaxanthin are potent antioxidants that combat free-radicals to protect the valuable organs of sight from the oxidative damage associated with excess UV exposure. It is also thought that the consumption of these two carotenoids may be able to protect the eyes from the effects of macular degeneration and cataracts.

Just like beta-carotene, these carotenoids are also fat soluble so don’t skip out on the full-fat whipped cream with your pumpkin pie!

The center of pumpkins are hollow and house dozens of seeds imbedded in a stringy pulp. Pumpkins are typically cut length-wise and the pulp and seeds are then scooped out. If you would like to save the seeds for consumption (which you should) then set them aside in a bowl for drying or roasting later.

The skin of the pumpkin is inedible and loaded with anti-nutrients called lectins. Therefore eating the skin should be avoided.

To bake a pumpkin, place the gutten halves flat-side down on a baking sheet and bake for 35-45 minutes at 400 F. The skin can be removed after cooking.

To steam your pumpkin, first remove the skin. Then once the pumpkin cut and gutted, chop the halves into roughly 2 inch pieces and place into a steamer basket. Steam for about 45 minutes.

Once cooked, the resulting pumpkin can be smashed and drained to be used in recipes such as pumpkin pie or eaten as is.

No matter how you choose to cook it, incorporating pumpkin into your diet during the autumn is an easy and delicious way to eat with the seasons. Pumpkin is loaded with vitamins, minerals, and antioxidant carotenoids which are invaluable to good health.

Pumpkin is a perfect food to incorporate on your 21 Day Detox diet. To learn more visit www.DivineHealthDetox.com today! 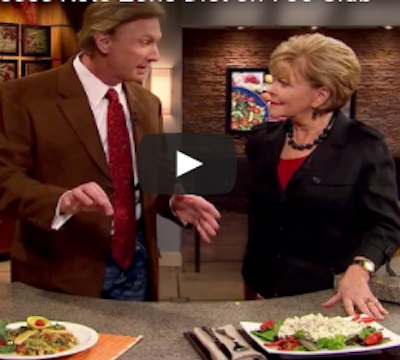 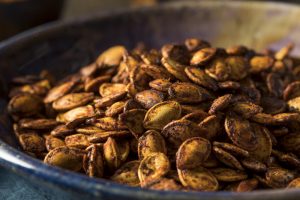