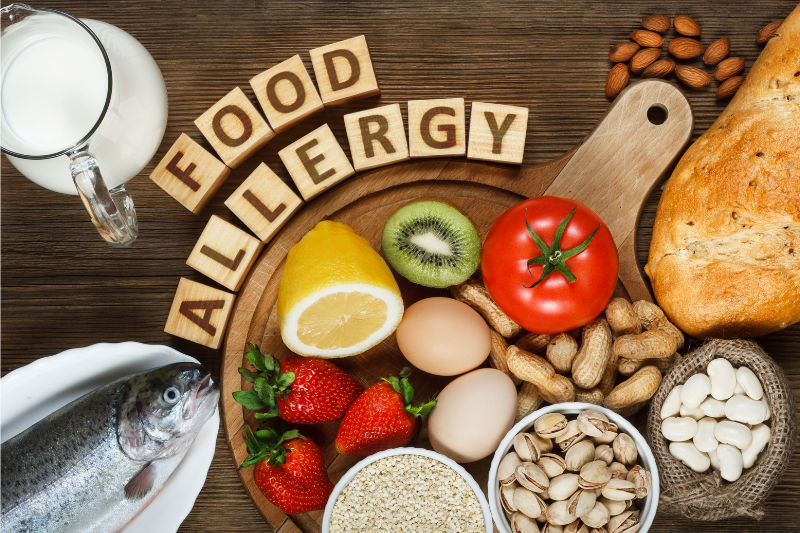 Food allergies are becoming a serious concern for health officials as it remains an untreatable disease. The last decade has seen an escalating trend in the rate of food allergies, especially among children. This has led to studies being carried out to determine the factors involved in the rise of food allergy cases, and to find feasible solutions to control or minimize the health risk.

Contemporary nutritional practices are said to impact and disrupt the normal bacterial composition of the body. A relationship between antibiotics and antimicrobial usage has also been found. According to a study by Cathryn Nagler, Ph.D., Food Allergy Professor of Pathology at the University of Chicago, ecological triggers like antibiotic overdose, high fat regimes, caesarean birth, elimination of common pathogens, and formula feeding can disturb our body’s microbes. This disturbance potentially leads to a rising vulnerability to food allergies.

An experiment was conducted on mice to study the reaction of gut bacteria on food allergens. In this experiment, two groups of mice were used. One group represented the mice that were born and brought up in a germ-free environment – these had no inhabitant microorganisms. The other group had been initially given an antibiotic treatment that had reduced their level of gut bacteria. Peanut allergens were introduced in both the groups. Antibodies against the peanut allergens were produced by both groups of mice, however, the level was higher in the mice that had the reduced gut bacteria. It was also found that clostridia bacteria had a distinctive defensive impact on food allergens. This bacteria’s reintroduction overturned the food allergens’ sensitization in mice.

Molecular and cellular immune reactions to gut bacteria were examined for further analysis of the defensive role of clostridia bacteria. This examination showed that due to clostridia, increased levels of interleukin-22 (IL-22) were produced by the inherent immune cells. IL-22 reduces the intestinal lining penetrability. Additional experiments ascertained that clostridia bacteria prohibited the entry of allergens into the blood.

Clostridia bacteria is commonly found in humans and signifies a distinct objective for prospective therapeutics aiming to avoid or treat food allergies. Further work is being done to prepare a formula to be used as a remedy. Although a lot of work needs to be done and findings need to be tested, still it is a relief to know that a possible cure for food allergies has been discovered. This study has opened a new door for future research by determining a bacteria prompted shielding response. It is a good development in the food allergy investigation in the presence of intricate, and multifaceted dynamics, like genetics, that significantly impact the development and severity of food allergies in people.

- Previous article « Are You Using the Healthiest Toothbrush?
Next article - An Ingredient Found to Lower Cholesterol »