Forget boring old lemons, limes, and oranges. Citrus bergamot is the most rare, exotic, and nutritious form of it citrus. Due to sensitivity to weather and soil conditions, it grows almost exclusively in the coastal region of Southern Italy called Calabria, which is close to Sicily.

What is Citrus Bergamot?

Citrus bergamot is a pear shaped citrus fruit sized somewhere between an orange and a grapefruit. The peel of the fruit is commonly used in Earl Grey tea for the citrusy flavor and aroma that it imparts.

Bergamot oil can be extracted from the peel of the fruit and is widely used in perfumes and in aromatherapy to reduce anxiety.

Traditionally, the Calabrian natives recognized bergamot as a valuable ally in promoting cardiovascular health. It was observed that those who ate the fruit of the bergamot citrus were less likely to get heart disease, diabetes, and other related diseases. Local universities began to investigate this folklore and found the claims to hold up to scientific scrutiny. In fact, there have been more than 200 scientific studies showing a myriad of benefits of bergamot.

It has been shown that supplementation of bergamot essential oil can reduce levels of “bad” low density lipoprotein (LDL) cholesterol. Some studies even suggest that bergamot may even have the potential to work as effectively at this aim as cholesterol-lowering statin drugs.

Not only can bergamot lower LDL cholesterol but it can also naturally increase “good” high density lipoprotein (HDL) cholesterol levels. HDL escorts harmful oxidized cholesterol out of the arteries to the liver. This is why low levels of HDL in the body are deemed a risk factor for cardiovascular disease.

This was shown in an Italian placebo-controlled clinical trial. Researchers studied two groups of volunteers with high cholesterol levels. One group was given 500 mg and the other 1000 mg of bergamot extract every day.

So while statins block the creation of cholesterol they also inhibit proper energy generation in your cells. This is why the FDA requires drug companies to warn customers that statins are implicated in health problems such as memory loss, liver toxicity, muscle weakness, confusion, type 2 diabetes, fatigue, exercise soreness, heart failure, muscle soreness, and death.

Bergamot, on the other hand, lowers cholesterol without blocking the production of CoQ10. Bergamot contains powerful polyphenols such as bruteridine and melitidine which target this same pathway as statins without adverse side effects.

Studies have shown that bergamot supplementation is accompanied by no measurable reduction in CoQ10 levels. Study participants who had ceased their use of statins due to negative side effects were able to lower their cholesterol using bergamot without complication.

Another benefit of the polyphenols found in the essential oils of bergamot is a substantial improvement in arterial health. The polyphenol antioxidants prevent the cholesterol in the blood from oxidizing which protects the vascular endothelium from inflammation and damage

There is also good evidence that bergamot can lower blood sugar levels, reduce fatty deposits in the liver, combat metabolic syndrome, and even fight pathogenic bacteria and yeast.

This exotic and polyphenol rich fruit has a long history of traditional use that has only recently begun to be re-discovered.

Incorporate citrus bergamot in to your supplement regimen to reap all these wonderful benefits!

For an easy and effective way to use citrus bergamot, Dr. Colbert’s Slender System formula has been updated with a therapeutic levels of this miracle fruit. 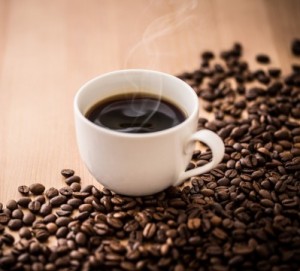 - Previous article « Can Coffee Reduce Your Risk of Death? 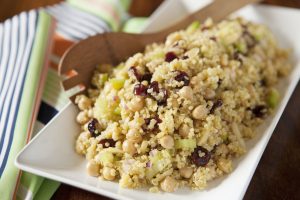