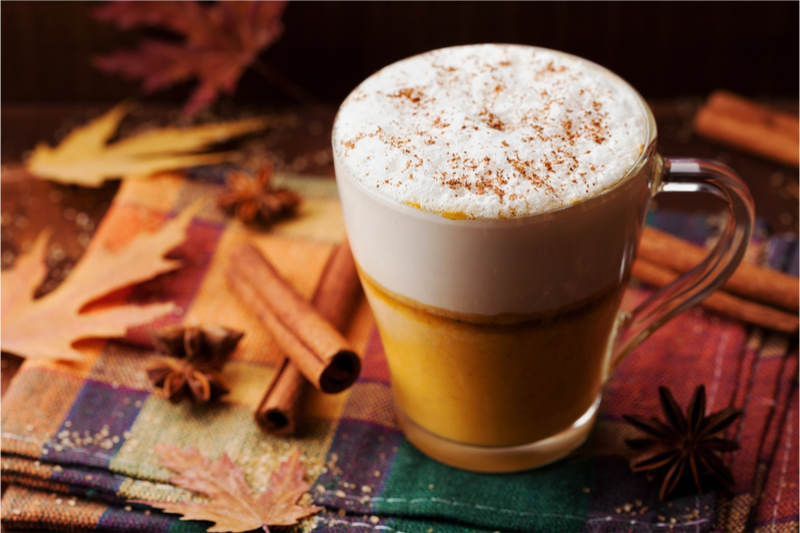 So, you love drinking your favorite seasonal beverage at Starbucks: The Pumpkin Spice Latte. But, do you know what’s inside it? Let’s scoop it out.

According to Vani Hari, the nutritionist blogger known as Food Babe, the popular drink (also referred to as ‘fall in a cup’) is composed of high-fructose corn syrup, carcinogens, chemically derived sugars, and no pumpkin. Yes, you heard it right! Your own favorite Pumpkin Spice Latte does not contain pumpkin.

It’s surprising to learn that more than 200 million Pumpkin Spice Lattes have been sold since its launch in the year 2003. That’s a whopping figure!

Despite the latte’s immense popularity, the food blogger, Vani Hari is able to expose the carcinogens contained in this beverage. She wants Starbucks to remove Class IV Caramel Coloring from PSL, which is considered a carcinogen.

Hari contacted a Starbucks spokeswoman, Lisa Passe, to get the complete list of ingredients contained in their Pumpkin Spice Latte. Even though Starbucks boasts of being honest, Hari and other inquisitive customers feel curious as to why they prefer keeping the complete ingredients list of their products under cover.

When Hari inquired, Passe said that there are numerous ways to modify their Starbucks drinks; therefore, it becomes very complicated to list ingredients on every product. However, she also commented that they’re working on citing the recipes of their core beverages on their website Starbucks.com, and they hope to have the update in the near future.

It is one of those harmful coloring agents that have been found to cause cancer, thus making it a carcinogen. A study published in the National Toxicology Program Technical Report Series in 2007 reported that caramel coloring IV contains 4-Mel.

When this coloring agent was fed to mice, it was found to increase their chances of developing leukemia and lung cancer. The Starbucks Pumpkin Spice Latte contains two dosages of Class IV Caramel Coloring. Moreover, its whipped cream also contains this harmful coloring agent.

Well, the amount of caramel coloring agent is lower than allowed, but it may definitely add up if a consumer orders 20 ounces of PSL with a double dose of coloring agent contained in the whipped cream and syrup. It is important to note here that according to California Proposition 65, any food or beverage should not expose consumers to more than 29 micrograms of 4-MeI per day.

Despite increasing demand from consumers, Starbucks refuses to serve organic milk. Several years ago, Starbucks stopped using milk that obtained from cows injected with growth hormones. However, Hari discovered that they use milk from cows that are fed genetically modified organism (GMO) foods. This has been linked to the overuse of antibiotics and development of antibiotic resistant bacterial strains.

Shoppers can go for Starbucks Organic Soymilk, plain or vanilla; however, it is important to note that a Pumpkin Spice latte with soymilk is not vegan because it contains nonfat milk. Also, the Starbucks Soy Latte contains carrageenan, which is found to have connections with cancer and gastrointestinal inflammation. Besides, it has preservatives, added doses of sugar, and natural flavors.

When Starbucks was contacted regarding the presence of high fructose corn syrup (HFCS) in their lattes, they provided contradictory answers. Passe sent an email to Hari confirming that their standard pumpkin lattes are sweetened with sugar and do not contain HFCS. On the other hand, their Fontana Pumpkin Sauce contains high fructose corn syrup.

- Previous article « How Much Coffee Is Too Much?
Next article - 7 Essential Therapeutic Oils »