The average American consumes about 66 pounds of added sugar every single year.

This is troubling because sugar consumption has been implicated in the development of some of America’s most prevalent diseases such as obesity, diabetes, heart disease, cancer, and dementia.

The tide is turning, however. More people are waking up to the damaging effects of sugar consumption and looking for healthy alternatives.

The truth is that you can enjoy the delicious sweet taste of your favorite treats without the negative health consequences of sugar.

Unfortunately big food has co-opted this trend and began manufacturing foods with dangerous artificial sweeteners that may actually be worse for your health than sugar. This includes sweeteners such as aspartame, saccharin, acesulfame K, and sucralose.

Even those these sweeteners do not spike your blood sugar, they each have adverse side effects and are best avoided.

But this doesn’t mean there aren’t healthy and safe low-carb sweeteners that can add flavor and enjoyment to your life without negative side effects!

Stevia is a low-carb sweetener that is derived from a plant in the chrysanthemum family called Stevia rebaudiana. Stevia is attractive because it has zero calories and therefore no effect on blood sugar. Stevia also contains antioxidants such as apigenin and quercetin which can help combat oxidative stress.

Native to Paraguay and Brazil, the stevia plant has been used as a natural sweetener for centuries by the Guarani people. They referred to the plant as kaa-he which means “sweet herb.” They also used it as a natural medicine to treat conditions such as upset stomach and colic.

It is best to find liquid stevia extracts. Many powder stevia products are cut with extra ingredients such as preservatives and excipients that can have negative side effects and negate the benefits of stevia.

When using commercial stevia as a sweetener, make sure to start small. Reb A can be anywhere from 200-300 times sweeter than refined sugar cane!

Many people find the taste of stevia off putting, due to the notable bitter aftertaste of some brands.

Native to Southern China and Thailand, the monk fruit is a small green gourd that is actually a member of the cucumber family. The name “monk fruit” comes from it’s historic consumption by Buddhist monks.

Traditionally, the fruit was dried and used to make teas. Today, extracts of the fruit are used to make commercially available monk fruit sweeteners.

Monk fruit has zero calories and zero sugar. Like stevia, it is about 200 times sweeter than refined sugar cane. Monk fruit can also be found in both liquid and powder form. It is less commonly found in grocery stores and notably more expensive than stevia.

Most people find the flavor of monk fruit to be more appealing than stevia because of the lack of bitter aftertaste.

Many monk fruit products are combined with sugar alcohols such as erythritol to reduce cost and enhance the flavor profile.

Erythritol is member of a popularizing group of low-carb sweeteners called sugar alcohols.

But don’t worry, it won’t get you drunk!

Due to their molecular structure, sugar alcohols provide a sweet flavor without impacting your blood sugar levels.

Erythritol is mostly excreted from the urine after ingestion. Although not zero calorie like stevia and monk fruit, erythritol provides a meager .26 calories per gram, which is negligible.

Erythritol is naturally occurring in many plants. Many cheap manufacturers of erythritol extract it from GMO cornstarch. These brands should be avoided. Look for certified non-GMO erythritol.

Unlike stevia and monk fruit, erythritol is not as sweet as sugar so more may be required to achieve the desired sweetness of a recipe.

This is because while erythritol is absorbed before making its way to the colon, xylitol is not. Once xylitol reaches the colon, it can potentially feed pathogenic bacteria resulting in gas, bloating, and diarrhea. Therefore, individuals with gut dysbiosis should avoid consuming xylitol.

That said, many people regularly consume xylitol without any problems.

Allulose is another healthy, low-carbohydrate sweetener option. And amazingly, it offers some health benefits beyond the other options.

Allulose occurs naturally in just a few foods, such as wheat, figs, and raisins. Due to its rarity, it’s known as a “rare sugar.”

Like the other healthy substitutes, allulose has been found to reduce blood sugars and promote weight loss in studies. But, when tested head to head with erythritol, it’s been found to boost fat loss more. It may also reduce the risk of fatty liver disease.

Overall, allulose is a great option when you want to cut carbs, get into the keto zone, and enjoy the health benefits of ketosis.

Eating low-carb does not mean you have to skimp on flavor and enjoyment. There are many low-calorie sugar-free sweeteners available. Try out these options to see which ones work best for you and your family.

These sweeteners can be used in recipes to make low-carb desserts or to sweeten beverages such as coffee, tea, and lemonade.

Whatever you use them for, you can rest easy knowing that you are not spiking your blood sugar and creating metabolic dysfunction like you would be if you were consuming sugar.

Get in the Zone

For more information on how to use a low-carb diet for weight loss, increased energy, and enhanced cognitive function, visit www.KetoZone.com today! 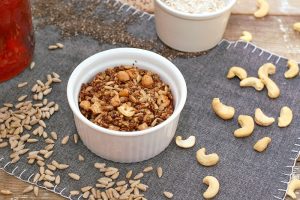 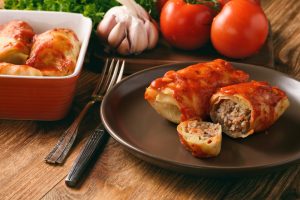