Researchers have discovered that having a long history of depression and marital issues can contribute significantly to weight gain. These two factors alter the way your body processes fats, thereby, increasing body weight significantly.

Is Your Marriage Contributing to Weight Gain?

The study population was women and men with high depression arising from marital wrangles. They showed a series of metabolism problems after eating food rich in fats, specifically, their bodies poorly burnt calories. After the meal they tested their blood versus that of people that did not bear these risks and realized it had higher levels of insulin and triglycerides.

In seven hours, depressed people with marital problems burn 188 calories less than those with flourishing marriages, and this can translate to gaining 12 pounds annually. These two problems significantly increase the risk of developing Metabolic Syndrome, a condition in which one has at least three of the five factors that significantly increase risk of hypertension and heart disease.

In addition to identifying the contribution of chronic stressors to developing obesity, the findings also point out the essence of treating mood disorders. Jan Kielcolt-Glaser, the director of the Institute of Behavioral Medicine Research at Ohio State University and head of the research said that having good mental health as well promotes physical fitness.

Kielcot-Glaser who is also professor of psychiatry and psychology was quick to note that the findings may underestimate the potential health risks because it dealt with a single meal, yet most people take meals at intervals of 4-5 hours, and often with their spouses. Since meals create chances for disagreements in unhealthy marriages, there may be a long term pattern of metabolic damage arising from hostilities and depression.

Kielcot-Glaser made the announcements in the company of Martha Belury, who is professor of human nutrition attached to Ohio University’s nutrition department, at the New Horizons in Science Briefing that took place at ScienceWiters2014, a popular conference hosted by Ohio University once a year.

The research was discussed during their presentation “Metabolism: A new link between marital stress, depression and health.”

The researchers used a sample of 43 healthy couples aged 24-64 years, and whose marriage had lasted at least three years. During the study the participants had to complete a series of questionnaires including assessment of depressive syndromes, past mood disorders and marital satisfaction.

The study lasted for two days in which participants ate biscuits, eggs, gravy and turkey sausage totaling 60 grams of fat and 930 calories. The researchers designed the meal similar to the usual fast-food, its calorie and fats content matched those of MacDonald fries, a Big Mac, or a Burger King double whopper.

Two hours post-meal, the couples were to discuss and try to settle at least one of the issues that the researchers predicted could be source of their marital conflicts. The topics revolved around communication, money and in-laws.

The researchers carefully videotaped all the discussions before leaving the room, and later on categorized them as hostility, psychological abuse, withdrawal, or distress-maintaining conversations.

After taking the provided meals, the researchers tested the participants’ energy expenditure twenty minutes per hour until the seventh hour. The data was obtained by measuring using special equipment, the exhaled and inhaled airflow of carbon dioxide and oxygen. They drew several blood samples after the meals and measured insulin, triglycerides and glucose and compared them to the baseline levels.

According to Belury, insulin increases appetite for food and accumulation of fat tissues in the stomach, this combined with significantly lower energy expenditure increases the chances of being obese. Elevated triglycerides also lead to heart disease, alongside high levels of insulin, the high levels of triglycerides are indicative of impaired fat and sugar metabolism. They are the major contributing factors to developing diabetes and heart disease. 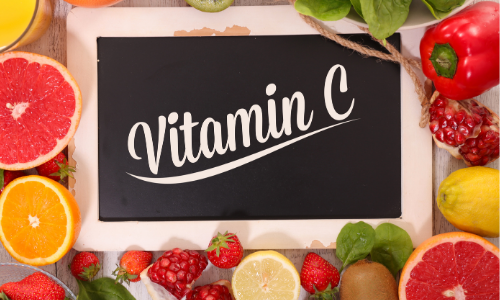