New study reveals that women who eat a nourishing diet before being diagnosed with ovarian cancer have higher chances of survival following the cancer as compared to women who eat deficient diets. The only exemptions are diabetics and obese women since previous studies have linked diabetes with mortality in ovarian cancer. It is important to note that obesity is linked to an increased risk of diabetes as well.

Cynthia A. Thomson of Health Promotion Sciences at the Canyon Ranch Center for Prevention and Health Promotion at the University of Arizona in Tucson, says that women who consume healthier foods before diagnosis have stronger immune systems. Likewise, healthier diets help make them capable of responding to cancer therapy effectively well.

Thomson added that women who regularly consume healthier diets have the capacity to maintain healthier eating after diagnosis too. This in turn helps to support their health in a broader sense.

Researchers examined more than six hundred women afflicted with ovarian cancer between the years 1993 and 1998. Ninety percent of such women were suffering from invasive cancers.

The women who participated in Women’s Health Initiative research answered questionnaires based on their dietary and physical activity a year before their cancer diagnosis. Researchers also noted details regarding their weight, height, and waist circumferences.

Foods That Are Most Nourishing

The Healthy Eating Index that was used for the research took into account ten dietary factors. Diets that were considered nourishing included: large numbers of fruits and vegetables, various types of vegetables and fruits, addition of whole grains, fewer quantities of fat and alcohol, and included more fiber.

An associate professor of Epidemiology at the Rutgers Cancer Institute of New Jersey in New Brunswick, Dr. Elisa V. Bandera, says that the Healthy Eating Index gives high scores for consuming healthier foods such as whole grains and vegetables. On the other hand, fewer points are given to those who consumed unhealthy foods such as refined grains, added sugars, and fatty foods.

The Results of the Study

Women who were diagnosed with ovarian cancer were around the age of sixty-three. Approximately, 354 female participants died in the year 2012, 305 of whom died because of ovarian cancer.

According to the results published in JNCI, the Journal of the National Cancer Institute, the researchers formed three groups based on women’s diets. It was found that women who belonged to the healthiest-eating group were at twenty-percent reduced risk of death caused after an ovarian cancer diagnosis as compared to those who belonged to the deprived-diet group.

Researchers found that there was a similar, but somewhat weaker, link between pre-diagnosis diet and death caused due to ovarian cancer.

Bandera states that it’s the complete healthy diet and not the individual factors that controlled the death rate. Diets that include whole grains, fruits, and vegetables may help to reduce inflammation, which has been associated with ovarian cancer mortality. Such healthy diets have also been found to lower the risk of other chronic diseases such as heart diseases and diabetes. These diseases may further worsen ovarian cancer treatment and increase mortality.

Dr. Anne McTiernan, of the Fred Hutchinson Cancer Research Center in Seattle, said that the high scores on the Healthy Eating Index were in accordance to the recommendations provided to the cancer survivors by the American Institute for Cancer Research and the American Cancer Society. But, the details on diet and lifestyle linked to ovarian cancer survival are just observational. Thus, it is important to conduct randomized controlled clinical trials before creating diet and lifestyle guidelines for women with ovarian cancer to improve their prospects of longevity.

Eating Healthy is the Key

Thomson said that women who eat healthy are at a reduced risk of becoming afflicted with cancer, as well as having improved survival benefits following this threatening disease. Bandera further added that such women may also have had access to better treatment.

Cancer is an emergent form of disease in the United States, and thus eating healthier foods is essential. Healthy eating habits may also delay the occurrence of cancer. So, eat healthy to live healthy! 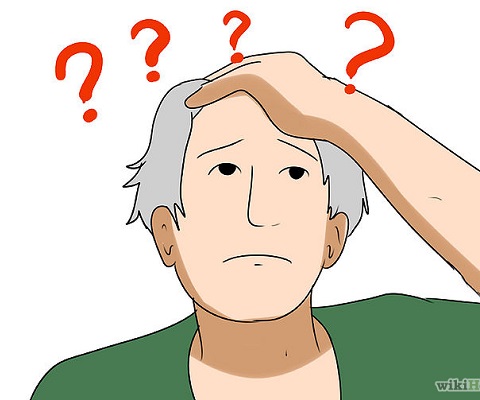